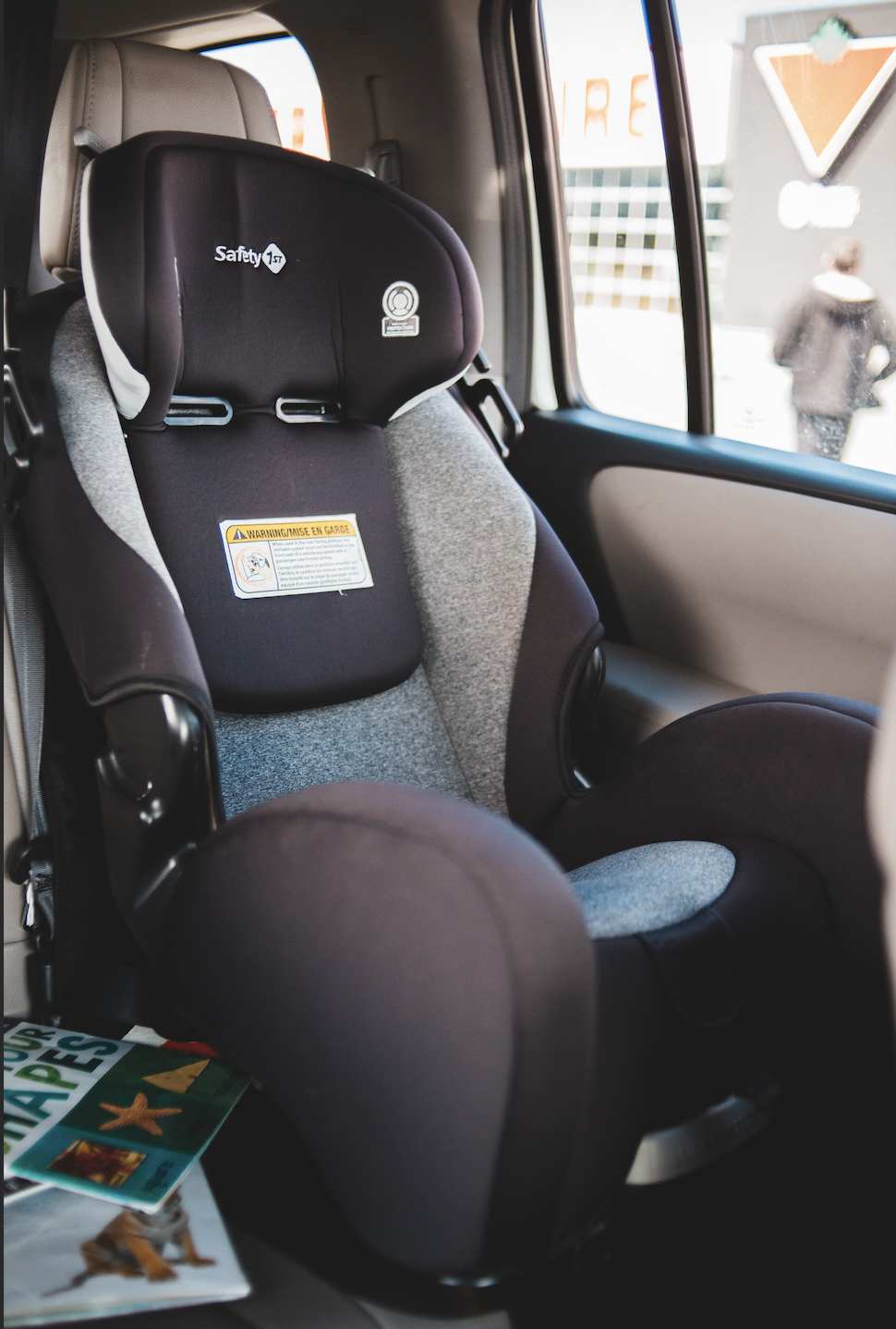 A Texas arrest for a DWI with a child passenger can involve much more than just facing the DWI charge. Unless you handle the charge properly by retaining skilled, experienced, and aggressive Texas DWI Specialist defense representation, an arrest for a DWI with a child passenger in the vehicle is very likely to adversely affect your Child Protective Services (CPS) case and related divorce and child custody proceedings. If a CPS case is not already pending against you, and the child in the vehicle was your child, then your arrest for a DWI with a child passenger will very likely trigger a CPS investigation, the consequences of which could be dire. Unless you successfully defend and defeat the DWI charges, you stand a good chance of losing your child's sole or shared custody or your visitation. You might see your child or children end up in the care of the other parent with whom you are disputing custody, cared for by another family member, or even in foster care. You can, though, take steps to minimize CPS risks at the time of your DWI arrest and afterward. Learn all you can, while you promptly retain premier Texas DWI Specialist attorney Doug Murphy.

Texas Child Protective Services is the division of the Department of Family and Protective Services charged with placing children in state or other care when officials remove them from their homes because of abuse or neglect allegations. Technically, the Department's Child Protective Investigations (CPI) division, not CPS, is the agency that investigates child abuse and neglect allegations and decides whether to seek court removal of the child or children, but CPI and CPS work hand in hand, and CPS manages the actual placement. CPI investigators rule on dispositions whether to seek removal, based on evidence giving reason to believe that abuse or neglect occurred. Importantly, the investigator may conclude that the children are safe because no abuse or neglect occurred and no threats to safety exist, or the family is willing to eliminate safety threats and risks. On the other hand, if the investigator concludes the children are unsafe, and the family is unwilling to eliminate the risks, the investigator may offer and refer for services or petition the court to protect and remove the children from the home. Removal could lead to the loss of parental rights.

DWI with a Child Passenger

Fortunately, if you have two or more children in the vehicle at the time of the accident and DWI arrest, you should face only one DWI with a child passenger charge, not two such charges. The Texas Court of Appeals in State v Bara, 500 S.W.3d 582 (Tex. App. 2016), held that the prosecution may only charge one offense under Section 49.045 for a single DWI arrest, not two or more offenses based on the number of children. The driving incident determines the charge, not the number of children. But CPS will surely take the same or similar action as to all child passengers. Just because you would ordinarily face only one DWI with a child passenger charge doesn't relieve you from the consequences of facing CPS actions as to all involved children.

The driver charged with a DWI with a child passenger may have other children at home or at other locations, who were not passengers in the driver's vehicle at the time of the driver's arrest. CPS may well take the same or similar action as to those uninvolved children that CPS takes with respect to the child passenger or passengers. Just because you left other children at home, school, or other locations when transporting one or more of your children at the time of your DWI arrest doesn't mean you'll get to retain custody of those other children. CPS's concern would ordinarily instead be that your alleged recklessness in driving under the influence with one child in your vehicle could just as easily have applied to your other children.

Charges Related to DWI with a Child Passenger

Other charges could complicate CPS issues for a driver charged with DWI with a child passenger. If the driver's intoxication causes an accident that seriously injures the child, the driver can face a separate intoxication assault charge. Intoxication assault is typically a third-degree felony carrying significantly greater penalties than a state jail felony. Indeed, if the child suffers a serious injury, the DWI defendant may face two felony charges, both the DWI with a child passenger and intoxication assault. Neither of those two offenses is a lesser included offense of the other, meaning double jeopardy does not prevent a prosecutor from pursuing both charges. Another statute, Texas Penal Code Section 22.04, authorizes charges for reckless injury to a child: “(a) A person commits an offense if he intentionally, knowingly, recklessly, or with criminal negligence, by act or intentionally, knowingly, or recklessly by omission, causes to a child…: (1) serious bodily injury; (2) serious mental deficiency, impairment, or injury; or (3) bodily injury.” Facing multiple criminal charges, not just the DWI with a child passenger charge, would likely influence CPS to treat the matter even more seriously, creating an even greater risk of the driver's losing the children.

Texas Family Code Section 261.101(a) requires individuals to report suspected child abuse or neglect to CPS. Prosecutors are well aware of and subject to that obligation. To comply with Section 261.101(a), prosecutors routinely file CPS reports immediately upon their filing of the DWI with child passenger charge. That's how a DWI with child passenger arrest triggers a CPS notice. If CPS already has a case open against you, perhaps because of abuse or neglect allegations in the course of a separation, divorce, or domestic violence case, the prosecutor's notice of this additional criminal charge will immediately complicate and aggravate that CPS case. CPS would typically seek to remove the child or children from the defendant's custody, if the CPS proceeding hadn't already resulted in removal, and if the DWI defendant didn't appear ready, willing, and able to address the DWI's abuse and neglect risk.

What to Do About Child Passenger DWI and CPS Cases

You have two proceedings to address, not one, when you face both a DWI with child passenger criminal charge and a CPS proceeding. How wisely and effectively you approach those two proceedings can make the difference between whether you suffer a DWI conviction and penalties and removal of your children, or whether you instead avoid conviction and preserve your child custody or other rights and relationship with your child or children.

Just because you face one or more serious DWI charges relating to your child passenger doesn't mean you will suffer a conviction on any DWI charge. You may well have any number of valid defenses to the charges. Your retained skilled and experienced Texas DWI Specialist may challenge the officer's probable cause for stopping, arresting, and investigating, a challenge that could result in the exclusion of the incriminating evidence and dismissal of the charges. Your retained defense attorney may also challenge your sobriety test results, either resulting in their suppression as evidence, the judge or jury reasonably doubting the evidence, or even the prosecutor's abandonment and voluntary dismissal of the charges. You may have other constitutional and procedural defenses, or your retained defense attorney's skilled trial advocacy may lead to an acquittal on all charges. Depending on the circumstances and the skill and experience of your retained defense attorney, DWI charges can be quite difficult to prove. You may be able to defend and defeat all DWI charges.

Don't proceed in your DWI case with crippling misconceptions. Like DWI charges, which can be surprisingly difficult for prosecutors to prove, especially if you have skilled defense counsel, CPS cases are also not always open and shut. CPS cases don't begin with forgone conclusions that CPS officials will remove the children, and the court will approve and make their removal long-term or permanent. Instead, you should have recognized from the discussion above that CPS investigators may reach other conclusions that care for the child or children better than removal. CPS officials may, for instance, find that although the driver endangered and thus abused or neglected the children, the driver has made reliable commitments for the safety of the child or children. You may, for instance, succeed in assuring investigators that you will not drive children at all and that you have other reliable transportation for children. Intoxication education, ignition interlock, and other actions within your control may contribute to the CPS investigator's confidence. Skilled and experienced DWI defense representation can help you determine the proactive steps you need to take to reasonably assure CPS investigators that you remain a fit parent and custodian for your child or children.

The Role of Defense Representation

You can see from the above how complex DWI with child passengers cases can become when you also face a CPS investigation. You can also see the substantial risks you face not only of a serious criminal conviction but also of losing your custodial or visiting relationship with your child or children. In this situation, you should know what you have at stake personally and in your family relationships. But you should also see that nothing is set in stone from the outcome of one of these combined DWI / CPS cases. Skilled and experienced defense representation can help you navigate these challenges far better than you would do so on your own or with unqualified or inexperienced counsel. Defense representation plays an outsized role in these combined DWI / CPS cases, tending to make enormous differences in the outcomes.

Your best move when facing a DWI with child passenger charge and a related CPS investigation is to retain 2023 Houston DWI Defense Lawyer of the Year Doug Murphy to aggressively and effectively defend you. Attorney Murphy is one of only two Texas lawyers board certified in both DWI defense and criminal law defense. Attorney Murphy is so widely recognized by lawyers and judges nationally as a premier DWI defense attorney that he frequently lectures to those professionals nationwide. Call (713) 229-8333 or go online now to retain premier Houston DWI defense attorney Doug Murphy.