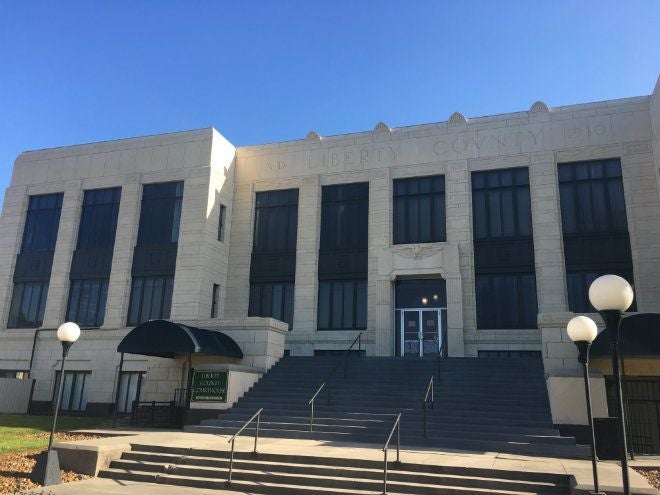 Have you been arrested for a DWI or other criminal offense in Liberty County, Texas? Do you care about your future? If so, then you need to retain an experienced criminal defense lawyer committed to winning the best outcome for you, and for Doug Murphy, that means dismissal or acquittal.

Below you will find relevant information and resources that can help guide you through the process as you decide to retain a lawyer and fight your charge.

Do I need an attorney?

Yes. If you care about your future, then you need an attorney. But you don't want just any attorney, you want an experienced attorney. First, you should consider the reasons to fight the charge(s) against you. Second, you should determine what to look for in an attorney before retaining one.

Considering the Factors to Fight a Criminal Charge

Anyone who has been charged with a crime always should consider the consequence, but most think of consequences only as the potential penalties associated with the crime. That's true, these penalties do matter, and they usually involve jail, fees, and things like community service, probation, alcohol or drug treatment, or other similar consequences that the court orders in accordance with the crime and the facts of the case.

If you answer yes to any of these questions, then you want to seek legal counsel to fight your charge. A criminal record can have a serious impact on any one of the above situations with special attention paid to employment. You should keep in mind that in Liberty County, the poverty rate is high and good jobs are hard to come by, so you want to either keep what you have or be in a position to compete for a better one. Alternatively, you may commute to a larger metropolitan area for your job, but that means your job is in a more competitive market where most applicants of comparable qualifications likely do not have a criminal record, which puts you at a severe disadvantage.

Though not all criminal convictions will apply to each scenario, it is important to consider your future and receive the counsel of an experienced lawyer so you are able to make an informed decision whether to fight the charges against you or not.

If you google local attorneys in your area, pages of attorneys will result from the engine search. It can be difficult to sort out the best from the worst. Here are a four indicators that will help you determine if the DWI or criminal defense lawyer is worth your time and money:

Identifying Doug Murphy as the Right Criminal Defense Lawyer for You

Doug Murphy has dedicated his legal practice to DWI defense and criminal defense. For the last two decades, he has been representing people just like you: people who have either been wrongly accused or had a lapse in poor judgment. Doug Murphy knows you want to get your life back on track, and he also knows it will be difficult to do if you are found guilty. He fights for the dismissal of your charge(s). Further, Doug Murphy has the qualifications that distinguish him from other criminal defense attorneys.

If you were arrested in Liberty County, Texas, and you care about your future, contact Doug Murphy Law Firm, P.C. today.

Doug Murphy defends these cases diligently and strategically. He understands the science behind alcohol and drug testing and can interpret the meaning and validity of the results. He is aware of the issues that can arise during the administration of these tests and how to use them to his client's benefit. He reviews the evidence thoroughly and meticulously. He looks for any violation of constitutional rights, and if found, appropriately files motions to suppress evidence arising from those violations.

If you have been charged with a DWI or related offense, you should know that there are pre-trial DWI defenses that may be available to you, and if so, Doug Murphy will identify and use them:

You should also know that if you go to trial, you are in a good position with Doug Murphy as your lawyer. He will aggressively cross-examine the prosecution's witnesses, particularly police officers by:

Doug Murphy represents persons who have been charged with Class A and B misdemeanor crimes and felonies. From Drug Possession to Prostitution & Solicitation to White Collar Crimes, Doug Murphy commits to his client's defense. Other common criminal defense cases include:

The important thing Doug Murphy wants his clients to know is simple: a defense strategy is not about proving your innocence; it's about weakening the prosecutor's case against you (regardless if you are innocent or guilty). It's important to remember that the prosecutor -- if you go to trial -- must influence a jury of your peers that you are guilty. Doug Murphy intends to show the elements of the crime have not been satisfied, and as such, he will hold the judge and jury accountable to the principle that you are only guilty if proven beyond a reasonable doubt.

A defense strategy can include two parts: (1) pre-trial negotiations and/or motions to suppress evidence due to constitutional violations; and (2) at-trial strategies that include countering prosecutor's witness testimony in combination with relevant common defenses that could include:

There are, of course, other defenses, each of which will be determined on a case by case basis and as strategy dictates.

Resources You May Need if Arrested in Liberty County

When you are arrested or if you had a loved one arrested, you may have questions and want to know the places to contact to receive answers to those questions. Apart from your attorney, you can contact any of the below with questions regarding the courts, law enforcement, and incarceration.

There are a number of law enforcement agents with whom you could come into contact in Liberty County. Below are some of those agencies and their contact information.

There is one county jail and one state jail in Liberty County, Texas. The county jail is for anyone, male or female, who was recently arrested and awaiting bail bond, awaiting trial, or convicted already and serving a sentence of less than one year. The state jail is a women's jail and is includes women in the region who have been convicted of a misdemeanor or felony that carries a sentence of more than one year.

Liberty County, Texas is home to more than 80,000 residents with various socio-economic backgrounds. Most residents are like other Americans: decent, hard workers. Sometimes things happen and you need legal representation. Doug Murphy is there for you. He represents clients in Liberty County, specifically those in the following cities.

A DWI or another crime in Liberty County can prove to be daunting to anyone. Having the right DWI and criminal defense lawyer makes all the difference. It can help with your anxiety. It can help make sure your case if fought with integrity and passion. It can mean a future free of a criminal record. It can mean a number of things, all of which is to your benefit.

Time, however, is an important aspect of your defense. The more you think about what you should do, the more time wasted. Contact Doug Murphy either online or at 713-229-8333 today.