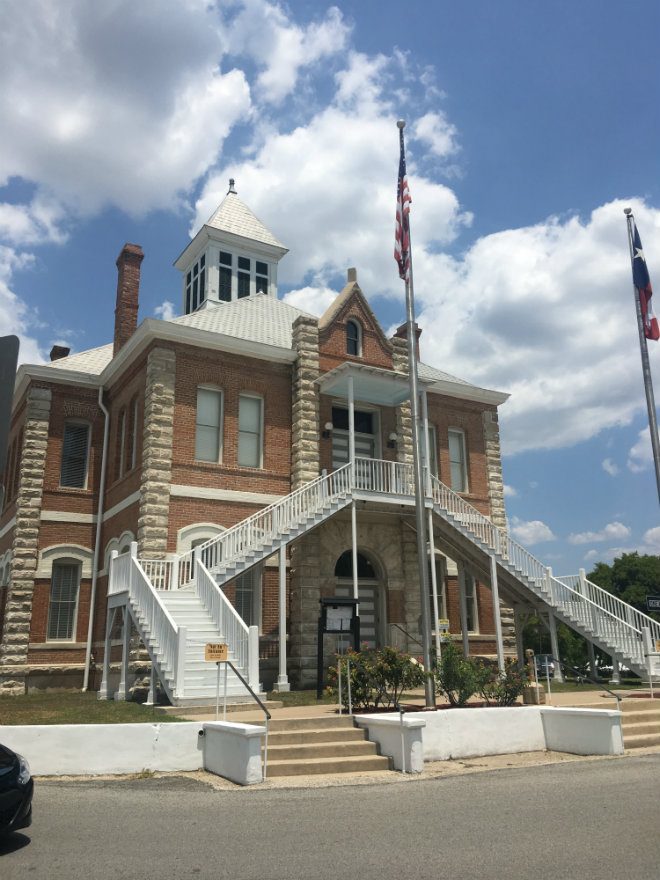 An arrest in Grimes County, Texas, for a DWI or other criminal offense can mean an overnight stay - at a minimum - in the county jail. Depending on the crime, if you later plead guilty or are found guilty, you face fines, jail time, and a list of other possible penalties. If you are the kind of person that cares about your reputation, your career, your family, and your status in the community, then you cannot risk a conviction and the collateral consequences that follow the conviction in addition to the criminal penalties. You have to fight the charge.

An arrest is not synonymous with conviction, and an experienced criminal defense trial attorney will hold the prosecution accountable to prove beyond a reasonable doubt that you are guilty.

Doug Murphy is a veteran trial attorney who is Board Certified in DWI Defense and Board Certified in Criminal Defense. He's been committed to DWI and criminal defense for more than two decades. His experience is renowned in the legal community, and he is regularly invited to lecture at continuing legal education seminars nationwide to provide advice and insight to other criminal defense lawyers. Contact Doug Murphy Law Firm today if you have been arrested in Grimes County. In the meantime, below are some answers and resources to questions you might have right now.

Should you represent yourself?

For some of you who have been arrested for the first time, you may feel like it is best to go ahead and get the process over by pleading guilty at your arraignment or later via a plea deal. For others of you, regardless if you qualify for a public defender, you think you can represent yourself and not expend extra money on a criminal defense lawyer. Depending on the facts of your case and the desired outcome, neither of these options are beneficial to you and could lead to greater penalties in the end.

A criminal defense lawyer who has spent extensive time in the court system defending clients knows not only court procedures and processes, but also knows:

This insight is invaluable to any defense and could mean dismissal of the charge(s) if strategically incorporated into your defense by an experienced DWI or criminal defense attorney.

What happens if I plea guilty or if I am found guilty in Grimes County?

Depending on what the conviction is, a lot can happen after you plead guilty or are found guilty by a judge or jury. After you are convicted, a sentencing hearing is scheduled. There, you learn what criminal penalties are imposed. If could be jail time, fees and fines, probation, community service, alcohol and drug classes, among other penalties that are relevant and applicable to your conviction.

What so many defendants fail to imagine are the collateral consequences that materialize after a conviction. Again, the gravity and extent of these consequences are purely dependent on the convicted crime(s), but one thing stands common among all convictions: you now have a criminal record. This criminal record can affect your life in deep, long-lasting ways.

These are examples of some of the more serious collateral consequences of your criminal record. But your criminal record could impact you in other ways, too, like your auto insurance company increasing your insurance rate. The consequences you experience are realized in accordance to the specific circumstances of your life, your case, and your conviction. It is definitely something to consider when you are debating about pleading guilty, accepting a plea deal, or representing yourself.

Doug Murphy focuses more than half of his practice on DWI and DWI-related cases. He has been committed to the same for more than two decades. He is a Board Certified Specialist in DWI Defense Law, endorsed by the National College of DUI Defense (NCDD) -- the only organization accredited by the American Bar Association to certify attorneys in this legal specialization. In additional to his Board-certification in DWI Defense, Doug Murphy is a member of the Faculty at NCDD, important because NCDD is at the forefront of cutting-edge DWI defense strategies, and its Faculty members play an active role in this pursuit.

Some examples of DWI defense cases he represents include:

Doug Murphy started his career in legal defense, fighting for otherwise law-abiding citizens who were either wrongfully accused or just made a mistake and wants to get his or her life back together. Doug Murphy knows we all go through times in life where we act the way we wouldn't normally if things hadn't gotten us down. He is there to help, to listen to your case, to determine the best options for you, and -- of course -- to fight for your rights and freedom. He's not the kind of attorney to jump at the first plea offer and settle. He's the kind of attorney who will take your case to court if that's the best path to your best outcome.

Some examples of criminal defense cases he represents include:

Being arrested and possibly spending a night or two in jail is bad enough, but the court system is a whole other part of the nightmare. There are procedures and processes to which must be adhered or else you could put your case at risk. Having an experienced DWI / DUI defense and criminal defense lawyer help you navigate the system will ensure you appear at mandatory hearings, file timely pleadings, among other considerations.

Anderson is the county seat of Grimes County, Texas, and most court activities take place in Anderson, except both District Courts -- trial courts -- are located outside of Grimes County.

If you have been arrested, then you may have been in contact with an officer from the Sheriff's office or a local police department. The encounters are almost never pleasant, but you should always do our part to be considerate and non-confrontational to prevent additional charges or unnecessary force. Grimes County law enforcement agents are like any other law enforcement agents throughout Texas, i.e., they have the capability to misuse their power b violating your constitutional rights, mishandling evidence, and coercing witnesses, among other things.

If you encounter a sheriff or police officer in Grimes County, remember that you have rights. Specifically, you have the right to remain silent and the right to an attorney. The officers may try to talk you out of these rights through intimidation and other tactics, but stay strong and wait to speak when you have an attorney by your side.

When freedom is taken from you, life can turn scary for multiple reasons. Incarceration can be psychologically, emotionally, and physically traumatizing. Even though from time to time you may hear a taxpayer complain that prisoners get too much; in reality, they don't get much. Besides, your freedom is one of the most precious intangible or tangible things that can be taken from you. If you must await trial in jail or have been sentenced to incarceration, there are two facilities in Grimes County where you may end up: Grimes County Jail and the O.L. Luther Prison.

To locate an inmate in any prison or jail, use the Texas Department of Criminal Justice Offender Information Search resource.

Grimes County Jail has been operating since December 1998. At full capacity, it houses 111 inmates. These inmates include both females and males who are either awaiting trial or have already been convicted of misdemeanors or felonies.

The facility offers religious and library services through volunteer programs and work programs through diversion work and a garden project. Though these projects may sound decent, the jail itself is poorly managed and rife with common complaints that inmates do not receive their medications and are not provided commissary money orders that family or friends send them. It's not a place you want to spend a lot of time in.

Luther Unit is a state prison located ten miles southwest of Navasota, off Highway 6 on FM 2 in Grimes County. The facility has the capacity to house 1,102 persons in the unit and another 213 persons in its trusty camp. The prison is strictly for male inmates.

Several programs are offered at the facility. Educational programs include literacy, cognitive intervention, and career and technology programs, like welding, automotive specialization, and electrical trades. Other programs include community and volunteer initiatives, like substance abuse education, support groups, life skills, religious/faith-based studies and activities, and -- among other programs -- administrative segregation outreach program.

The only problem: driving home. It's not feasible to leave your car in a separate county. Even if you live in Grimes County, the sparse population and landscape offer the same predicament: to leave the car for another ride home simply is not feasible because you must rely on someone who lives quite a distance away. Then there would be the issue to return the next day to retrieve the vehicle. Unfortunately, that means if you did not designate a driver to drive home, you may run into a problem -- even if you are not legally intoxicated.

If you have been arrested in Grimes County, regardless if it is for a DWI offense or other criminal matter, you can relax knowing that Doug Murphy Law Firm can represent you. Doug Murphy handles cases that occurred throughout the county as well as in the following specific cities:

A DWI or another crime in Grimes County can prove to be daunting on anyone. Having the right Board Certified DWI and criminal defense lawyer can make all the difference. It can help with your anxiety. It can help make sure your case is fought with integrity and passion. It can mean a future free of a criminal record. It can mean a number of things, including your freedom, all of which is to your benefit.

Time, however, is an important aspect of your defense. The more you think about what you should do, the more time wasted. Contact Board Certified Criminal Defense and DWI Lawyer Doug Murphy either online or at 713-229-8333 today.