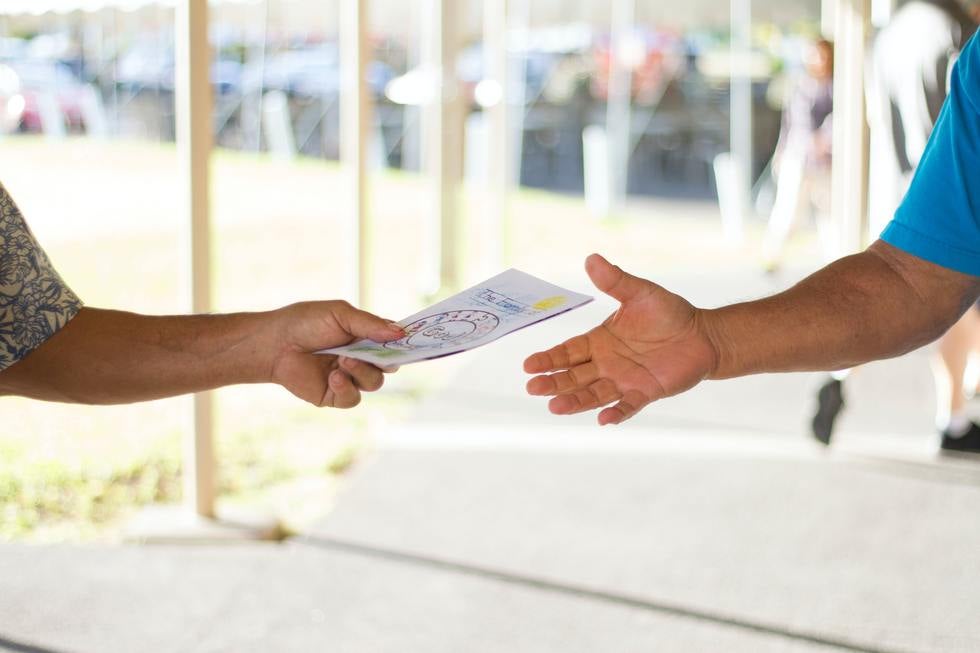 Here's one to watch out for. A recent Courthouse News Service story details a frightening incident in which opioid-tainted advocacy flyers placed on squad cars outside an East Houston sheriff's location hospitalized an officer who touched them. Trace amounts of deadly opioids like fentanyl can enter the bloodstream not just by eating, smoking, or vaping but also by simple touch. That's why Harris County Sheriff's officers carry gloves, respiratory protection, and the fast-acting naloxone anti-opioid agent. But you don't always know where you're going to find the trace opioid. Harris County Sheriff's officers are investigating the opioid-laced flyers promoting the message of an obscure non-profit advocacy organization.

Texas drug laws heavily regulate opioids like the deadly fentanyl, and for a good reason. National Center for Health Statistics data attributes to opioids about three-quarters of last year's 93,000 U.S. drug-overdose deaths. A declassified Drug Enforcement Administration intelligence report attributes to China and Mexico the bulk of unlawfully imported synthetic opioids that flood U.S. illegal-drug markets. Federal and state legislatures recognize the enormous harm opioid abuse wrecks on U.S. families, communities, and the economy. Both federal Controlled Substances Act drug schedules and Texas drug penalty groups include opioids as controlled substances, meaning illegal drugs. Those schedules and penalty groups classify drugs depending on their addictive nature, their danger to users, and their benefit as medicine. Based on those factors, federal law only makes fentanyl a Schedule II drug, but Texas Health & Safety Code §481.102 puts fentanyl right at the top in Penalty Group 1. Fentanyl is certainly an extraordinarily dangerous drug, even if it and other opioids have medicinal uses as prescription painkillers.

Possession and Distribution as Opioid Crimes

Listing fentanyl and other opioids on federal and Texas controlled substances schedules doesn't tell you everything you need to know about opioid drug crimes, though. Instead, federal and state drug crimes depend on proof that the defendant knowingly or intentionally possessed or distributed the controlled substance. But the definitions of possession and distribution are probably much broader than you think. For example, Texas Health & Safety Code §481.002(38) defines the crime of possession as “actual care, custody, control, or management” of the controlled substance without a valid prescription. The crime of possession doesn't require the use, just possession. Similarly, Health and Safety Code § 481.002(8) defines the distribution crime as actually or constructively transferring to another a controlled substance. As little as sharing an illegal drug with a friend, without any money or other transaction, can be the crime of distribution. If the unknown person who placed the flyers on the squad cars in the above Courthouse News Service story knew about the opioid on the flyers, then that person may well have committed the possession crime, if not also distribution.

If you face or expect to face an opioid possession or distribution charge, or another serious drug charge, then your best move is to retain premier Texas criminal defense attorney Doug Murphy. Attorney Murphy is available for your expert representation. His outstanding reputation leads him to lecture nationwide, helping other lawyers improve their defense skills. Attorney Murphy's fellow lawyers also voted him Best Lawyers in America's 2021 Lawyer of the Year. Attorney Murphy is one of only two Texas lawyers holding both Criminal Law Certification and DWI Board Certification. Contact Doug Murphy Law Firm online or at (713) 229-8333 today for the defense of your opioid or other drug charge.