Possession of a Fake ID in Texas 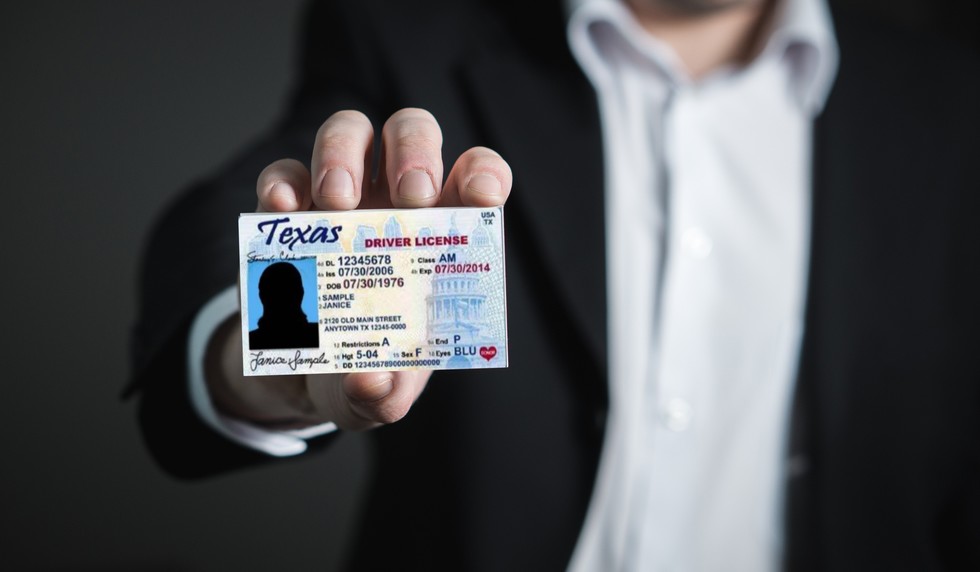 In Texas, it's quite common for kids under 21 to try to use fake identification to enter clubs or buy alcohol or tobacco. But there are other situations where people attempt to use fake IDs. Whether it's an attempt to use someone else's club membership, changing the birth date on an ID, or using a friend's ID to access their health insurance, using, purchasing, or tampering with a state ID is illegal. The charges and penalties depend on the facts and circumstances surrounding the crime.

If you or a loved one are facing a charge for possessing a fake ID in Texas, it's important to consult with an experienced criminal defense attorney. While some charges may be a Class C misdemeanor, the facts and circumstances of your case could result in multiple charges, more serious charges, or aggravated charges. A fake ID charge isn't something you should simply plead guilty to without consulting with an attorney about the long-term consequences.

Possession of a Fake Driver's License or ID

Breaking this law is a Class A misdemeanor, punishable by 30 days to one year in jail and up to a $4,000 fine. If a minor violates this law attempting to buy alcohol, police may also prosecute them under the Texas Alcoholic Beverage Code § 106.07.

Actions that might land you with a charge for possessing a fake ID could include:

Misrepresentation of Age by a Minor

If someone under 21 pretends that they are 21 or presents a fake document stating that they are 21 to a person selling or serving alcohol, police can charge them with “misrepresentation of age by a minor.” This charge is probably the most common fake ID charge issued in Texas. The fake ID violation is illegal under section 106.07 of the Texas Alcoholic Beverage Code and Texas Penal Code section 521.452, as discussed above. Misrepresentation of age by a minor is a Class C misdemeanor punishable by up to a $500 fine.

A minor misrepresenting their age attempting to buy or obtain alcohol can also face charges for “punishment for alcohol-related offense by a minor” under section 106.071 of the Texas Alcoholic Beverage Code. This offense is a Class C misdemeanor, punishable by a fine between $250 and $2,000, up to 180 days in jail, 12 to 40 hours of community service, and a driver's license suspension of 30 to 180 days. The court may also place minors under 18 on deferred adjudication.

Possession of a Fake License or Certificate

Even if you don't attempt to use it, even just possessing a fake driver's license or certificate is illegal in Texas. Under Texas Penal Code § 521.453, possessing a document that is “deceptively similar” to an official driver's license or personal ID is illegal. However, the law allows an exception for documents that state “NOT A GOVERNMENT DOCUMENT” printed on it diagonally on both sides in solid red capital letters at least ¼ of an inch in height. This law doesn't apply to federal, state, and political subdivisions authorized to produce or sell personal IDs or to employers who issue employee identification.

A document is “deceptively similar” to an official license or certificate if “a reasonable person would assume that it was issued by the department, another agency of this state, another state, or the United States.” A police officer can confiscate any fake ID that is “deceptively similar” to an official document that doesn't have “not a government document” printed on it according to the statutory requirements.

Possessing a Fake ID is a Class C misdemeanor punishable by up to a $500 fine as well as community service of 8 to 12 hours. Minors under 17 convicted of possessing a fake ID may be supervised by the juvenile court while completing community service.

Tampering with a Government Record

Under Texas Penal Code § 37.10, it is illegal to alter an official government record falsely. This violation includes:

Under Texas law, the severity of the charge for tampering with a government record depends on your intent and the circumstances surrounding the violation.

In many record tampering situations, if the person intended to defraud or harm someone, it is a second-degree felony.

If you or someone you love faces charges for possessing a Fake ID, you need skilled legal guidance. While possessing a fake ID can sometimes be a misdemeanor charge, the facts and circumstances could lead to a felony charge or multiple misdemeanor charges. You need a skilled criminal defense attorney to guide you through the criminal justice system and ensure the best possible outcome. It's important to remember that you are innocent until proven guilty, and an experienced Texas criminal defense lawyer can help. The consequences of a criminal conviction can be expensive and long-lasting.

Attorney Doug Murphy is skilled in resolving complex criminal cases. He is one of only two Texas attorneys Board Certified in both Criminal Defense Law and DWI Defense. Recently, US News and World Report named Doug Murphy a Best Lawyer in America for Houston for 2021. He has the experience in litigation, defense, and negotiation to help resolve your case. Call the Doug Murphy Law Firm, PC today at 713-229-8333 or contact Doug Murphy online.