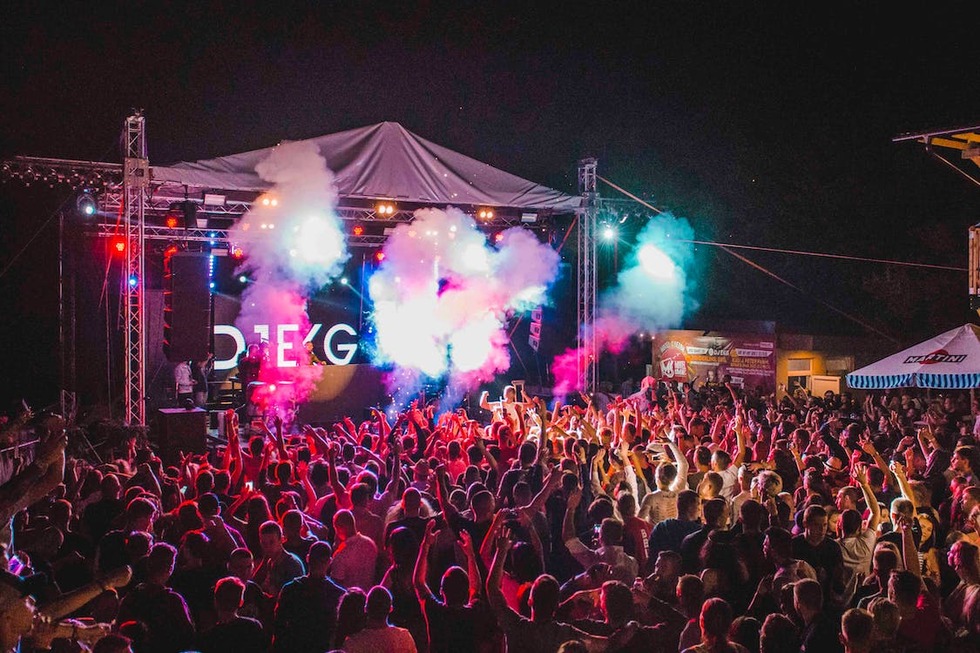 A recent news story reports fifty-nine DWI-related arrests made in two weekend enforcement initiatives around the Austin City Limit Music Festival. Austin's Zilker Park hosts the popular annual festival over two three-day weekends. So the Austin Police Department coordinated with the Texas Department of Transportation to conduct a DWI Enforcement and No Refusal Initiative over both Festival weekends. Although word of the first weekend's twenty-eight DWI-related arrests surely got around, the second weekend produced even more, another thirty-one, arrests. Music festivals are supposed to be a rollicking good time. The Houston area offers its own great music fun, like Eleanor Tinsley Park's We Are One Music + Arts Festival. No one goes to a music festival just to endure a DWI arrest. But the rules of the road apply even around music festivals. And the agencies conducting the ACL Music Festival DWI enforcement initiative were quick to point out that safe driving without DWI crashes preserves the fun.

No Refusal Weekends for DWI Arrests

The fifty-nine ACL Music Festival DWI-related arrests were part of Texas's “no refusal weekend” enforcement initiatives that take place in and around Houston, too, just like they do in Austin, Dallas, Fort Worth, San Antonio, and other Texas cities. The initiatives focus on big weekend concert, sporting, festival, and holiday events. The initiatives arose years ago after Texas's Criminal Court of Appeals struck down warrantless alcohol breath and blood tests without the driver's consent. In response, law enforcement started coordinating extra prosecutors to draft warrant requests, magistrates to issue the warrants, and nurses to take the blood tests, around big events. You'll see these DWI enforcement initiatives at big venues around Houston like NRG Stadium, Minute Maid Park, and the Toyota Center.

Police usually publicly announce their no-refusal weekends in advance so that festival goers can take notice and avoid DWI arrest. Designated drivers, ride-sharing services, public transportation, and a hotel within walking distance can all be good options to avoid getting pulled over on a suspected DWI and waiting for police to get the necessary warrant for a blood or breath test. But not everyone gets the word about the no-refusal weekend, and some who do get the word ignore or forget the DWI risk. The message? If you are planning to attend a big music festival or other Houston-area event, be more careful than ever not to drink and drive. You'll find no safety in numbers. Just the opposite: the large number of attendees is what makes local authorities put more officers on the road to detect and arrest individuals for drunk driving.

What to Do in a Music Festival DWI Arrest

If you face a DWI arrest around your music festival attendance, you should generally follow these steps. First, obey the arresting officer's commands. Disobeying commands could get you or someone else hurt. You could also face other charges like evading arrest, resisting arrest or disorderly conduct. Don't panic, or you may cause yourself more problems. And try to remain calm and polite. But don't volunteer information. Instead, rely on your constitutional right to remain silent. You must ordinarily disclose your identity, driver's license, and insurance. But you need not tell the officer where you were coming from, where you were headed, what you were doing, or whether you'd been drinking. Decline to answer, and instead, ask to call your lawyer. You also have the right to decline a field sobriety test, like walking a line, standing on one leg, or letting the officer track your gaze. These tests are inherently unreliable. You may think you can easily pass these tests but might instead fail because of any number of reasons having nothing to do with intoxication. And at your first opportunity at the scene, in the police cruiser, or at the station, call 2023 Houston DWI Lawyer of the Year Doug Murphy at (713) 229-8333.

The Seriousness of a Festival DWI Arrest

Make no mistake: a DWI arrest is a serious matter. Even a first DWI arrest can, if resulting in conviction, mean jail time up to 180 days, a $3,000 fine, loss of driving privileges at least for a time. And that's without any aggravating factors. The potential penalties get much worse with aggravating factors like a blood alcohol level of .15 or above, an injury to a pedestrian or vehicle occupant, or even a death. Intoxication manslaughter, what Texas calls the crime of killing another while drunk driving, can carry a penalty of up to twenty years in prison and a $10,000 fine. DWI convictions can also have wide-ranging collateral consequences affecting jobs, careers, professional licenses, certifications, and even immigration status and security clearances. Enjoying a music festival can be a great thing. But it's not worth a DWI arrest.

All Is Not Lost in a Festival DWI Arrest

Yet a DWI arrest is not the same thing as a conviction. Your music festival DWI arrest need not lead to any of the above penalties or collateral consequences if you did not commit a DWI crime or have one of the many valid DWI defenses. DWI charges don't have to lead to a conviction. You may have a valid defense even if prosecutors have evidence supporting your DWI arrest. Challenges to sobriety, breath, and blood tests can lead to the suppression of evidence or a determination not to give the evidence any weight. The police or prosecution may have violated your constitutional rights, warranting suppression of incriminating evidence. Don't assume that you face an open and shut case. Don't listen to the police or prosecutor, or even to family and friends, if they encourage you to give up and plead guilty, until you have retained Texas Board Certified DWI Specialist Doug Murphy. Attorney Murphy is one of only two Texas attorneys who holds both DWI Board Certification and Criminal Law Certification. Call (713) 229-8333 or go online now for premier DWI defense.