Moving Out of State After DWI Arrest 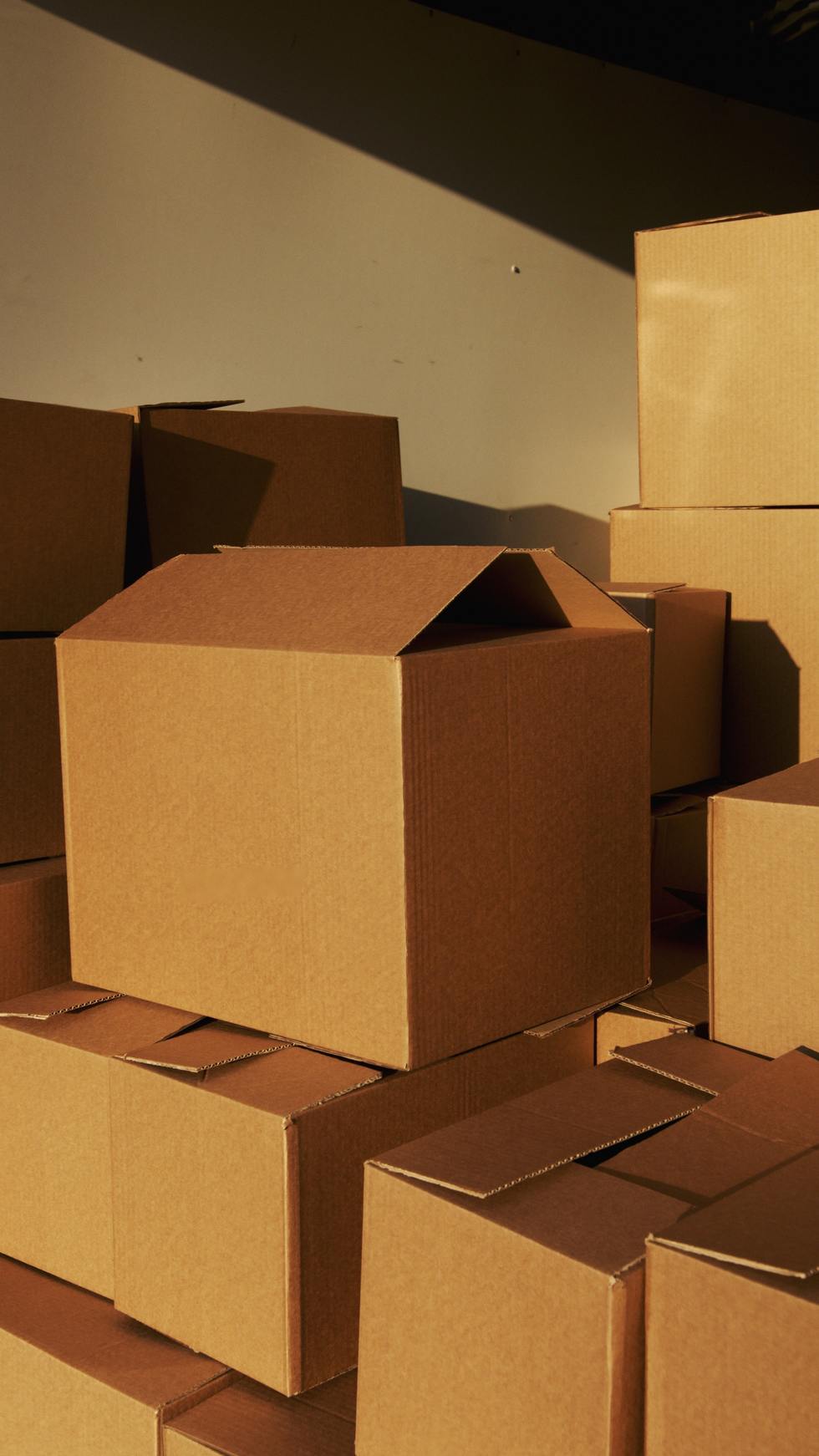 Life goes on after a DWI arrest. And sometimes, life involves moving from state to state. The big question is whether you can move out of state when you have just had a DWI arrest. Do you have to stick around until the DWI case is over? What are the potential opportunities or problems with moving? Like many things having to do with legal procedures, the answers are a little more complex and subtle than you may think. Be thoughtful about whether you can and should move out of state while you are facing DWI charges. Don't cut and run. You can't really leave a pending DWI charge behind you. Retain Texas DWI defense attorney Doug Murphy to advise you while he aggressively and effectively pursues your DWI defense.

Your Interest in Moving

People have good reasons to move from state to state and not just to put a DWI arrest behind them. Ignore for a moment the DWI arrest. You might want or need to move out of state for a job, education, or relationship. You may see better finances, better housing, better jobs, or greater family support in another state. You may be moving back home, or you may be moving away from home. You might be looking for a fresh start, retiring from a career, or just need a change of scenery. These are all good reasons for moving out of state. Moving out of state doesn't necessarily mean that you are running from your DWI problem or seeking to avoid justice. Indeed, if you are thinking that moving out of state solves your DWI problem, then you need to start rethinking. If you face a Texas DWI charge but want or need to move out of state, then get the informed, sensitive, and wise advice of Texas DWI defense attorney Doug Murphy.

What Happens If You Run from DWI Charges

Bad things generally happen if you try to cut and run from criminal charges, including DWI charges. Moving out of state won't solve your DWI problem, even if the state is a long way from the Texas court where you face DWI charges. The Texas court certainly won't dismiss the DWI charges just because you've left the jurisdiction. Instead, the Texas court will issue a bench warrant when you fail to appear for arraignment, preliminary examination, pretrial, or trial as the court may require. That bench warrant is just like an arrest warrant. If police stop you for any reason, even in another state, and their check for outstanding warrants reveals the bench warrant you left behind from your failure to appear in your DWI case, then the police can hold you on the warrant. Another state may not extradite you back to Texas on the DWI bench warrant because of the distance and expense, but you don't want to face that risk. Intentionally failing to appear in court as ordered after release is also a Texas Class A misdemeanor crime under Texas Penal Code §38.10. Failing to appear for your Texas DWI case just makes things worse, not better.

Thus, the first issue to consider when thinking of moving out of state while facing a pending Texas DWI charge is your ability and willingness to return to the Texas court for its criminal procedures on your DWI charge. Courts generally require periodic appearances on DWIs and other criminal charges. Those in-court appearances may include your arraignment, a preliminary examination, a pretrial status conference, motions that the prosecution or your defense counsel file that require a hearing, trial, plea entry, and sentencing. Some of those stages may not require your personal appearance. Few cases involve all those states. Many cases resolve without frequent court appearances. The court may also permit you to attend by video from your new out-of-state location, especially under pandemic provisions. But you face a good chance of having to be in court in Texas, meaning that you would have to travel back to Texas for those appearances.

Your DWI arrest may also have resulted in bail bond restrictions. Article 17 of the Texas Code of Criminal Procedure permits the judge to impose any reasonable condition of bond to ensure victim and community safety. Judges may also set bond conditions to ensure the defendant's return to the jurisdiction. Common conditions include things like installing an ignition interlock device, abstaining from alcohol and drugs, and participating in alcohol-awareness classes. But bond conditions can also include restrictions on out-of-state or out-of-country travel and even home curfews or confinement. Because of bond conditions, you may not be able to travel out of state, even if you want to do so. If you face unduly restrictive bond conditions, including restrictions that keep you from moving out of state when you need to do so, then be sure to retain Texas DWI defense attorney Doug Murphy. Judges will entertain motions for relief from unnecessarily restrictive bond conditions.

States recognize one another's driver's licenses. You can drive on a Texas driver's license while in New York or California, just as New Yorkers and Californians can drive in Texas on their states' driver's licenses. That right is a part of the Constitution's full faith and credit clause. If you move your legal residence to another state, then your new state's law will tell you how soon you must get that state’s driver’s license. Some states give you ten, thirty, or sixty days to get your new license in that state. One state, Wyoming, gives up to a year to re-license, while another state, Oregon, sets no time limit, likely presuming that you will re-license when your old license expires. But a few states like Arizona, Minnesota, and New York require that you re-license immediately. You can move, but soon or eventually, you'll need a new driver's license from your new state.

Getting a New Driver's License in Another State

How Your New State Will Know Your Old State Problem

Around forty-six of the fifty U.S. states participate in the Interstate Driver’s License Compact (IDLC). Compact members submit their records of serious traffic offenses or other criminal offenses that potentially affect driving privileges. Routine DMV searches of compact information will generally turn up your driving record, including DWI arrests and convictions, license suspensions, and license revocations. Georgia, Massachusetts, Wisconsin, and Michigan do not participate in the compact. Massachusetts participates in a similar Driver's License Agreement through which it gets other states' driving-related crimes and infractions. And Michigan's legislature has authorized participation without the governor yet implementing the authorization. Nevada's legislature revoked the state's participation, but state administrators still conform under state regulations. You generally can't hide your driving record from state to state, especially because your new state will ask you to disclose prior-state problems on your driver’s license application. Nor should you try. Misrepresenting information to obtain state benefits and privileges can be a crime.

Getting a New License After Resolving Your DWI

If you do resolve your Texas DWI to your best advantage, such as with the charge's dismissal or abandonment, then you may well qualify without problem for a new license in your new home state. The process for getting a new driver's license begins with locating your new state's Department of Motor Vehicles (DMV). An online search should help. The DMV will tell you the documentation that you will need for your new license. Don't be surprised if the documentation is more than you'd expected. You may need to produce a Social Security card, birth certificate, or old state identification card, or driver's license. Bring that documentation to the nearest DMV office. Don't be surprised if that office takes your photograph, gives you a vision test (with or without corrective lenses at your discretion), or even requires your fingerprints. California, Colorado, Georgia, and Texas currently require or have at one time required finger or thumbprints for a driver’s license. If your old license has expired, then you'll likely need to take a driver's test. You'll also need to show new proof of insurance for your new state.

Steps for Moving Out of State with a Pending DWI Charge

What do you do, then, if you face a new DWI arrest and charge while wanting or needing to move out of state? You have several steps you may be able to take, with the help of a skilled, resourceful, and committed Texas DWI defense attorney, to improve your prospects for moving out of state:

Moving out of state with a Texas DWI charge pending may be possible. It may even be a good move for you, now or later. But don't expect that moving out of state will make your pending DWI charge disappear. Moving out of state won't help and could hurt your DWI problem. Premier Texas DWI defense attorney Doug Murphy has the knowledge, skills, and experience to help you determine your best course to both successfully defend your Texas DWI charge and achieve your goal of starting a new life in another location. Attorney Murphy knows how to aggressively and effectively defend Texas DWI charges by raising all available DWI defenses. You can't really leave your DWI charge behind, so you may as well do the best that you can to address it. Attorney Murphy is one of only two Texas lawyers holding both DWI Board Certification and Criminal Law Certification. Fellow attorneys voted Doug Murphy Best Lawyers in America's 2021 Lawyer of The Year. Let attorney Murphy help you deal with your pending DWI charge rather than running from it only to have it come back and haunt you later. Contact Doug Murphy Law Firm now either online or at (713) 229-8333 to discuss your case today.