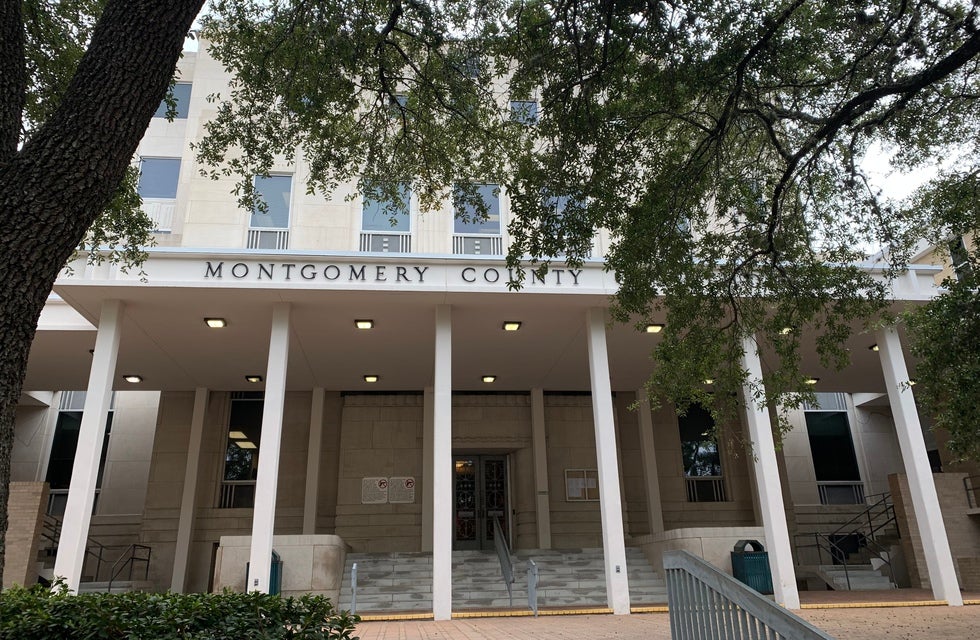 Have you been arrested for a DWI or other criminal offense in Montgomery County, Texas? If so, you want experienced legal representation to help guide you through the process. An experienced DWI defense and criminal defense lawyer will not only guide you, but will aggressively and successfully advocate for your rights and defend you against the allegations made by the prosecution. Doug Murphy Law Firm represents clients in Montgomery County who have been charged with a DWI or other misdemeanor or felony charge. Doug Murphy has been successfully committed to criminal defense for several decades and has made his name known in the prosecutor's office as a tireless and successful defense lawyer who never quits. Contact Doug Murphy today, the sooner you do, the sooner he can start protecting your rights and developing your defense.

Because of these alarming statistics, Montgomery County law enforcement and the Montgomery County District Attorney are extremely aggressive in enforcing DWI laws. Montgomery County law enforcement officers receive specific DWI training from the Montgomery County district attorney's office. Accordingly, police are much more alert and aggressive about seeking DWI drivers in Montgomery County. Police will use utilize any legal justification for a traffic stop so that they can question you about drinking and driving, or being potentially under the influence of drugs while driving. Police will request you perform field sobriety tests, and request you to submit to either a breath test or blood test. If you refuse to voluntarily provide a breath or blood sample, DWI officers will most likely seek and obtain a search warrant to take a sample of your blood without your consent. This is the new reality.

If you are arrested for a DWI, whether it is your first time ,or you have prior DWI arrests, or whether you are arrested for a felony DWI, like DWI with a child passenger under 15, or a DWI associated with prescription drugs or illicit drugs, you need to retain a competent and skilled DWI lawyer with an extensive and successful trial record.

In Montgomery County, the system can be stacked against you. The police rush to judgment in their investigation. Many citizens on a jury inherently are inclined to trust the testimony of the police. Many otherwise law-abiding citizens who find themselves in the unfortunate position to be arrested for DWI are, therefore, also inclined to bargain for a plea deal, if possible, so that they can get the whole thing over with and start on with their lives again.

The problem is: your life will never be the same again if you are convicted of a DWI charge. You need an attorney like Doug Murphy who has spent his entire career committed to successfully defending DWI and criminal other criminal allegations. You need a lawyer like Doug Murphy who has not only the experience and expertise in fighting for your rights and your freedom, but who is also repeatedly able to convince and persuade juries where to find reasonable doubt against otherwise insurmountable evidence. Doug Murphy routinely demonstrates the know-how on strategic and winning defenses for his clients. Doug Murphy understands how jurors think, he knows how to introduce evidence, challenge the state's evidence, he knows how to frame legal arguments designed to neutralize and mitigate the prosecution, and how to demonstrate reasonable doubt. At Doug Murphy Law Firm, we are committed to a comprehensive an aggressive defense that defeats the State's case against you.

If you have been charged with a crime, whether by mistake or with reason, it is important to remember that you are not guilty--unless a jury finds you guilty beyond a reasonable doubt. You have the right to a jury trial. The prosecution has the burden to prove all the elements of the alleged crime beyond a reasonable doubt. If the state cannot prove any elements of the crime, a judge will instruct the jury that are required to find you not guilty as a matter of law. This is why it is so important to hire a criminal defense attorney who is experienced in the law and trying criminal cases before a jury.

A criminal charge often carries with it two contradictory objectives: (1) not to be convicted and sentenced; and (2) not to be judged by peers. Crimes like drug possession or prostitution are good examples of this dichotomy. For instance, if illicit drugs were found on your person, you will face a drug possession charge. You want to fight the charge because you do not want to end up in jail. Fighting the charge, however, may indicate you must go to trial, and that means you must confront a jury of your peers who likely already made a judgment about you due to the charge itself. Thus, going to trial means you already face an uphill battle, which brings you back to the point when you want to deal for a lesser charge rather than confront adversity.

To fight the charge and go to trial means facing uncertainty, and that can be difficult, but for the guidance of an experienced, aggressive, strategic criminal defense attorney like Doug Murphy.

There are serious collateral consequences to a DWI or criminal conviction, especially if it is a felony conviction. In addition to the standard incarceration, steep fines, and -- if it is a DWI offense -- suspension of driver's license, you also must endure consequences imposed by society, and these consequences often have reverberating effects on your life. A conviction means a criminal record, and for many convictions, like a DWI, you cannot have the record expunged, sealed, vacated, or otherwise removed. Any future background checks will likely reveal your criminal record, and that can materialize into a lot of frustrations for you and reduce your quality of life.

For instance, if you are convicted of a felony, your civil right to possess and use a firearm or to vote will be stripped from you. On the other hand, regardless if you are convicted of a felony or misdemeanor, future or current employers may choose not to hire or not to continue with your employment. A DWI conviction has a direct impact on a person who requires security clearance or special licensing, like a pilot, doctor, or nurse: a DWI or felony conviction could mean revocation, suspension or restrictions placed on the security clearance or the professional license. If you have academic aspirations, you may be denied financial aid or admissions. If you are looking to rent in a nice, safe location, your application could be turned away. If it was a DWI conviction, your insurance premiums will go up. If it was a violent crime or DWI conviction, you could face problems with child custody. And so on.

There's a lot that could happen to impact your life. The worst for some people, of course, is the impact a conviction has on their social or familial status. And in that sense alone, a criminal record matters long after the sentence has been successfully completed.

How to Fight a Criminal Charge

Fighting an allegation made against you is imperative if you are concerned about your and your family's future. It is in your better interest to fight a criminal charge. To do so, consider the following:

The Court System of Montgomery County

Felony cases are heard in the seven district courts in Montgomery County. You can go to the Montgomery County District Court website to look up information on your case via the searchable court docket.

Montgomery County, Texas, has several courts with specific functions, one of which is a court specific to substance abuse and DWI cases; it is more akin to a program to help rehabilitate persons convicted of drug crimes and/or DWI and who have substance abuse issues. You must meet certain qualifications in order to participate in this program.

If you have been convicted of a DWI or other criminal offense, you may be sentenced to a county jail or state prison.

Montgomery County, Texas, is the state's 11th largest county according to population, which is about 550,000 people, according to the U.S. census in 2016. This population is composed of persons with relatively mixed socioeconomic and racial or ethnic backgrounds. The population enjoys a comparatively good economy. The median household income is $70,805, but this fluctuates drastically depending on location within Montgomery County but is overall much better than the State of Texas's median of $54,727. There are 179,587 households consisting of 2.87 persons. Per capita income averages about $35,912 for Montgomery County, which is also better than the overall average per capita income for Texas at $27,828.

Overall, Montgomery County is quite affluent compared to other counties in Texas. Its crime rate, however, does not parallel this affluence; its crime rate is neither the highest nor the lowest in the state. Out of 254 counties, Montgomery is ranked at 151 for crime. Most crimes committed in Montgomery County include drunk driving, drug possession, and assault. These are crimes that often involve socio-economic context that can provide greater insight into your criminal case.

If you have been charged with a DWI or another crime and want to fight the charge because you care about your future, you need to retain a DWI and criminal defense attorney committed to the same. At Doug Murphy Law Firm, you get commitment and results. Contact Doug Murphy Law Firm today.