What You Need to Know if You are Arrested in Galveston County, Texas 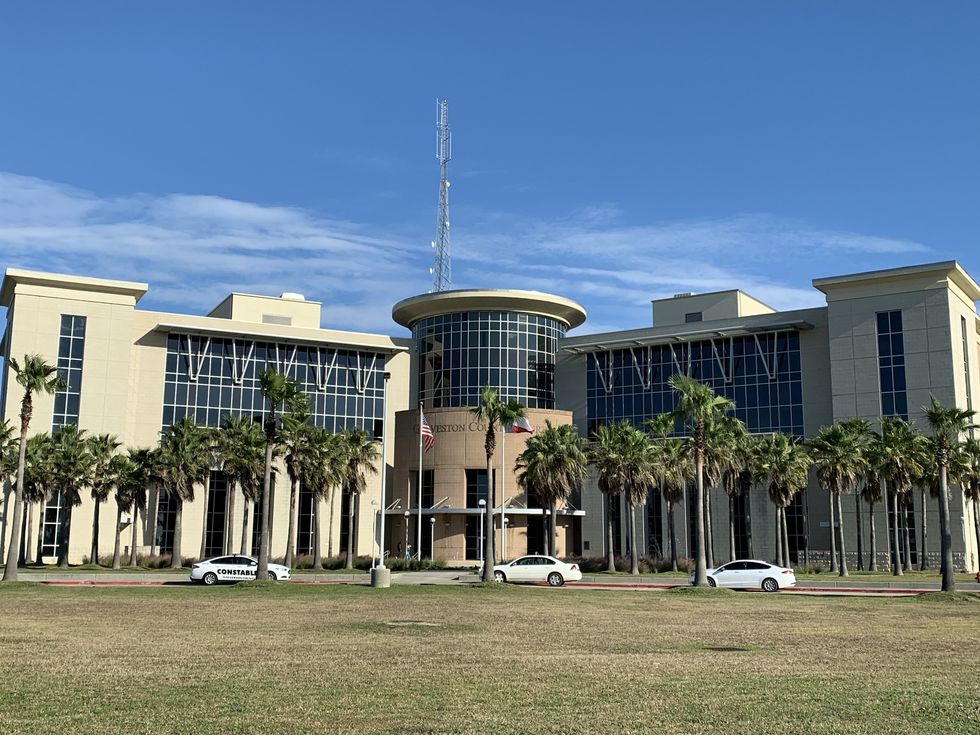 Galveston County is home to a lot of recreational and entertaining things to do. There are clubs, beaches, festivals, amusement parks, historical sites, restaurants, bars, among many other attractions that make either living here or vacationing here a pleasant and fun experience. But with this excitement comes a dark side: law enforcement. You may recall an incident that occurred nearly a decade ago when the police stormed a wedding celebration, attacking anyone who came in their way, including a professional baseball player. A lawsuit later ensued, but it is what the Judge recalled in a memorandum about the Chief of Police that is striking.

According to the Houston Chronicle, U.S. District Judge Keith Ellison quoted the Police Chief Charles Wiley as saying that the department was “plagued with activities that oftentimes were illegal, most of the time unethical.” Judge Ellison went on to say that the Police Chief Wiley confirmed that the “[u]se of force was a ‘big issue' within the department itself.”

The case of the wedding was not the first lawsuit of its kind and it hasn't been the last either. Police misconduct is rampant, and you need to be aware of it, especially if you have been charged with a crime in Galveston County, Texas. How the police engage you and subsequently arrest and charge you with a criminal offense matters, and it can matter greatly to the defense of your case. Whether you are guilty or innocent is not the only question when it comes to the pursuit of justice, you have constitutional rights that must be upheld by law enforcement agents, and when the latter fail to uphold their duty, Doug Murphy is ready.

Doug Murphy is a veteran trial criminal defense attorney who represents clients throughout Galveston County. He is ready to hear your case and defend your rights, too.

Doug Murphy Law Firm represents DWI cases as half of its entire practice; the other half of the practice is devoted to criminal offenses.

DWI charges can be filed against anyone; anyone who drinks alcohol and then drives is a candidate for a DWI offense, including women, men, judges, lawyers, doctors, professors, accountants, professional athletes, retail clerks, plumbers, and you.

The thing to remember: DWI charges are defendable. Don't assume that a breath test or blood test showing your blood alcohol content level (BAC) at 0.08% (0.04% for commercial drivers) or higher is reason enough to convict you. It's not. With an experienced DWI defense attorney, one who has extensive trial experience, is committed to take your case to trial, and is Board Certified by the National College of DWI Defense (NCDD) and approved by the American Bar Association, and accredited by the Texas Board of Legal Specialization, you stand a much better chance of being found not guilty of your DWI or DWI-related charge.

A Galveston County DWI lawyer who understands your constitutional rights, the manner in which field sobriety tests or subsequent chemical tests must be taken to be considered as evidence, and the insight to put a comprehensive and strategic defense together can successfully challenge the DWI offense(s) against you. Your DWI attorney may be able to fight your case by contesting:

If you or someone you love has been charged with a criminal offense, it is in your best interests almost always to plead not guilty. You automatically have a right to a jury trial, and it is advisable to take this opportunity. At trial, the prosecutor must prove all the elements of the crime and persuade six people -- the jury -- of your guilt. It's not as easy as it may sound, and it is never easy when you have retained a committed, smart criminal defense attorney.

Doug Murphy possesses all of these qualities and more. He has extensive trial experience with successful outcomes. He is Board Certified in Criminal Defense, as well as Board Certified in DWI Defense, making him one of only two attorneys in all of Texas with this distinction. He has also been the recipient of numerous accolades testifying to his capabilities and is well known in the legal community. In fact, he travels throughout Texas and beyond to lead speaking engagements to instruct other criminal defense attorneys on skills to defend their clients better. And Doug Murphy's clients know first-hand how Doug Murphy has helped them, and he has the references to support it.

Finally and maybe more importantly, Doug Murphy will always anticipate and prepare for trial. He understands that for so many of you who have been in the unfortunate position to either have been accused wrongly or have made a serious mistake, you deserve to have your innocence proclaimed or a second chance provided. He will fight for your rights and your freedom, knowing that a conviction or plea bargain can lead to serious collateral consequences for you in addition to whatever sentence a judge may order.

Collateral consequences can make life difficult if you need to maintain, receive, or find any of the following after a criminal record has been revealed:

Examples of criminal offenses for which Doug Murphy provides representation are as follows:

The Galveston County Court System is set up like most other county court systems. There are Justice of the Peace courts and municipal courts that deal with things like simple traffic violations or city ordinance violations. Then there are the County Courts at Law that have jurisdiction of misdemeanor cases, primarily Class B and Class A misdemeanors that carry potential penalties of up to 2 years in prison. District criminal courts hold jurisdiction over most felony cases. Each court's daily docket and current records are held in the same location and are easily searchable.

There are three county courts at law. They all operate Monday through Friday from 8:0i0 am to 5:00 pm at the same location.

District courts of Galveston County are located in Galveston at the same address.

These courts operate from Monday through Friday, 8:00 am to 5:00 pm. There are six district courts that serve the County of Galveston, but one is designated to Family Court: 306th District Court, presided by Judge Anne B. Darring

Other Judicial and Law Enforcement Agencies of Interest

Drug Court is not an actual court but rather a special program within the Galveston County Criminal Justice System. If you are a non-violent offender but have a drug or alcohol addiction, this program may possibly be right for you. It is a court-supervised treatment program aimed to reduce recidivism through substance abuse treatment and therapy. The program is grouped into three phases:

As mentioned, this program is for those who have an addiction. It is also a program that is costly and time-intensive. If you have a job or family, it can be difficult to maintain, and once you falter, the program can be revoked and you can face jail for a longer period than if you had initially fought the charges at trial.

Galveston County CSCD supervises probationers who have committed and been convicted of felony and misdemeanor crimes and were place on community supervision either through a district court or county court. Probationers who have been transferred to CSCD's jurisdiction are also supervised by the same. Probation requires regular court fees, meetings with probation officers and drug tests.

The CSCD's mission is to reduce recidivism, but more often than you might think, participants find themselves back in jail. In fact, many participants feel as long as they are on probation they always have one foot in jail and one foot outside of it, so for them, just doing the time and being done with it is better than an extended probation period where one slip-up can prolong your probation period or send you back to jail anyway.

You want to hire an attorney whose aim is to keep you out of jail and away from probation by having your charges dismissed before trial or acquitted at trial. So many people charged with a crime -- especially if it is a first offense -- think that probation is better than jail, and for some it is, but for most it is not.

If you fail to hire smart, competent criminal defense counsel, then you could find yourself with a sentence that includes incarceration. Generally speaking, if you are convicted of a misdemeanor, you will likely be incarcerated at a county jail while a conviction of a state jail felony will lead to incarceration at a state jail. If you are convicted of a third-degree felony or higher, you could end up in a state prison, where there is high security.

In Galveston County, there is only a county jail; there are no state jails or state prisons. If you are convicted of a felony, you will likely be incarcerated outside of Galveston County.

If you need to find someone in the County Jail, you can do so at the County of Galveston's website for Inmate Inquiry.

There are a number of law enforcement agencies throughout Galveston County, but three that you are most likely to encounter is Highway Patrol, the Sheriff, or local police officers.

Highway patrol is a division of the Texas Department of Public Safety. They patrol the highways, particularly in rural Galveston, and are responsible for criminal law enforcement on the rural highways as well as traffic violations on these highways.

The Sheriff's Office in Galveston County has a wide range of responsibilities, including criminal investigations, patrolling rural parts of the county, and issuing warrants.

The local police supervise all crimes that occur locally.

Galveston County, as already mentioned, is known for its scenic beaches, recreational activities, nightlife, and an overall wide selection of entertainment for any age or person. There are nearly 330,000 residents of Galveston County, according to the 2016 U.S. Census. The educational status of its residents is on par with the rest of Texas and the country with 87.6% residents of Galveston County having a high school diploma and 28.9% holding a Bachelor's or higher. The median household income is slightly better than the rest of Texas and the nation with a median of $63,064 compared to the U.S.' median of $55,322, and the State's median of $54,727. As for those living in poverty, Galveston County is similar to the nation's average at 12.9% compared to the U.S.' 12.7%, but slightly better than the State's poverty rate, which is 15.6%.

If you have been charged with a DWI or another crime and want to fight the charge because you care about your future, retain a DWI and criminal defense attorney committed to the same. At Doug Murphy Law Firm, you get commitment and results. Contact Doug Murphy Law Firm today.