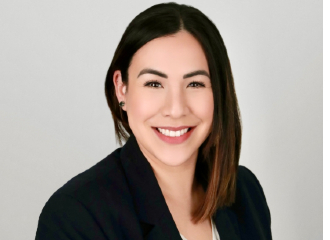 After working three years as an assistant district attorney at the Harris County District Attorney's Office, Elizabeth joined Doug Murphy Law Firm. Elizabeth earned her undergraduate degree from Southwestern University in Georgetown, Texas and then went on to graduate from Thurgood Marshall School of Law at Texas Southern University. During her final year of law school, Elizabeth managed the criminal law clinic and acted as a student attorney. She represented several clients charged with criminal offenses in the County Criminal Court at Laws.

During her freshman year of college, Elizabeth was picked to sit on a jury in a murder trial and acted as the jury's foreperson. This experience coupled with her legal experience allows her to understand every single aspect of the criminal justice system from initial police investigation all the way through trial.

While employed with the Harris County District Attorney's Office, Elizabeth handled thousands of cases. During her tenure as a misdemeanor court chief, she had the lowest trial docket and one of the highest clearance rates among the county courts. She was promoted to a felony prosecutor where she handled cases ranging from DWI, aggravated assault, aggravated robbery, sexual assault, and murder. As a result, Elizabeth became a skilled trial attorney.

Elizabeth's prosecutorial experience makes her an incredible advocate for her clients. She is widely respected by judges, court staff, prosecutors, and her colleagues. She has earned the reputation as an extremely knowledgable, dedicated and skilled advocate.