DWI in Texas While on THC, Delta-8, or CBD

If you're facing a DWI in Texas, you're undoubtedly worried about what will happen next and the charges you might face. If the police allege that you were intoxicated with cannabis or a derivative like THC, Delta-8, or CBD, you may be in a grey area concerning the law. While many states have embraced the legality of pot, Texas has not. In fact, Texas has some of the harshest marijuana laws in the country. 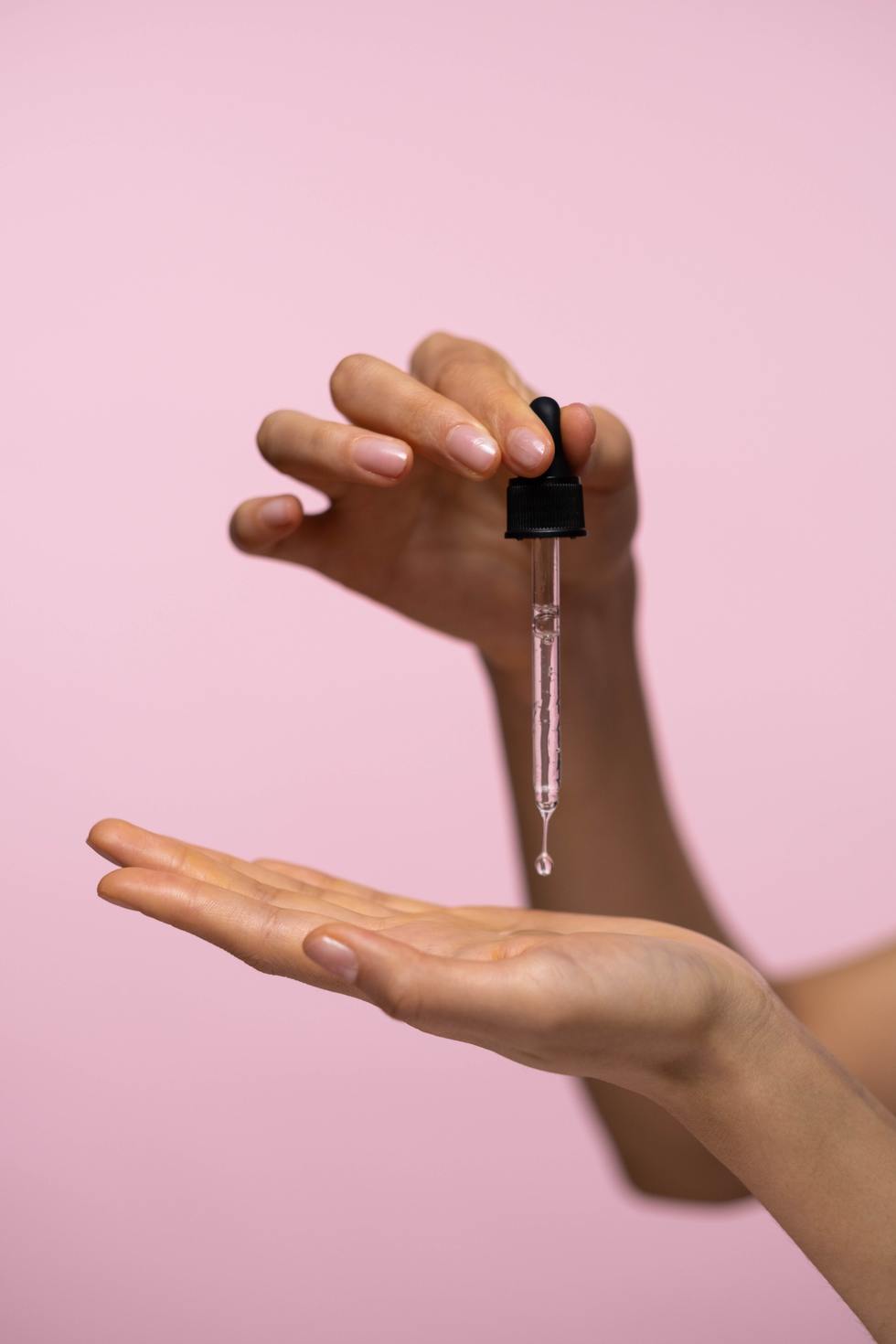 THC is explicitly illegal in Texas. You can face penalties for possession, production, and selling THC, even though possession of THC is now legal in many states in the U.S. But along with the legality of THC and some THC products, manufacturers have gotten creative with THC to avoid laws banning the psychoactive substance in the remaining states. New THC compounds like Delta-8 and Delta-10 are popping up in stores all over Texas, along with CBD products. These THC and CBD products aren't illegal in Texas – yet – even though they are chemically similar to Delta-9 THC, the chemical in pot that makes you high.

But it's important to remember that even if substances like Delta-8 or CBD are legal – or at least aren't illegal – if they impair you to the point where the police believe you are intoxicated, you can still face a DWI. Regardless of whether you're facing a DWI or a DWI and drug charges, you need a skilled Texas attorney who is an expert in both DWI defense and criminal law.

If you're driving under the influence of THC, Delta-8, or CBD, you could still face DWI charges. In Texas, driving while intoxicated doesn't have to involve alcohol. You may also face arrest if you are “intoxicated” because of drugs, alcohol, or a combination of the two.

1. Definition of DWI in Texas

“[N]ot having the normal use of mental or physical faculties by reason of the introduction of alcohol, a controlled substance, a drug, a dangerous drug, a combination of two or more of those substances, or any other substance into the body; or having an alcohol concentration of 0.08 or more.”

Although Texas law defines one objective standard for a DWI, a BAC of .08%, this standard doesn't apply to a drug DWI. There is no single standardized test to measure the type or amount of drug in an individual's system. As a result, Texas law doesn't have an objective standard for the amount of drug that should be a DWI. Moreover, there are no specific scientific standards agreed upon by experts as to what level or amount of a drug will result in intoxication. Because of this, some prosecutors will try to use any positive drug test as evidence of driving while intoxicated. Beware of law enforcement officials who try to railroad you with a positive drug test. A drug test is not a BAC test.

Because there is no drug equivalent of a BAC test, law enforcement officers developed a series of 12 tests and observations to help identify drug intoxication. The series of tests is called the Drug Recognition Expert Protocol (DRE). The National Highway Safety Administration adapted DRE protocols in the 1980s, and states across the U.S. followed. There is a certification available for police officers as well. But the protocol process is by no means infallible. The DRE protocol steps can be quite unreliable. In some states, the courts will not allow police officers to deliver “expert” opinions based on the DRE protocol steps. The 12 steps include:

It's important to remember that a DRE analysis isn't an objective process. Most of the steps involve the appearance of objectivity but rely on the examiner's subjective interpretations. DRE officers are not physicians, and they can easily misinterpret behavior and physical responses related to medical conditions or normal behavior as drug-related. That's why it's essential that you hire an experienced drug DWI attorney as soon as possible.

Penalties for drug DWIs can vary based on any prior convictions, the substances allegedly involved, and the circumstances of your stop, including whether you're involved in an accident or other aggravating circumstances like an accident, a serious injury, or death.

You can also face more severe penalties for a DWI that involves an accident, injury, or death of someone else. An arrest for a DWI with a child passenger under 15 is also a state jail felony.

Searches Incident to an Arrest

When the police pull you over and suspect that you are under the influence of drugs, they can't just pull you out of the car and search you and your car. The police need a search warrant to search you, with a few exceptions, including:

You don't have to consent to a search of your person or car. There's no need to make it easier for the police. If the police arrest you, they will search your car to take “inventory.” However, if they find anything illegal like drugs, you may face additional charges.

THC or tetrahydrocannabinol is also known as Delta-9 THC. It is extracted from cannabis, which comes from the cannabis Sativa plant. When people refer to “THC,” they're typically referring to Delta-9 THC, which is the component of cannabis that makes you high. People may smoke the cannabis plant or use THC oils, edibles, gummies, or supplements to get high. However, possession of THC in Texas is illegal. Possession of marijuana in Texas has its own penalty group. But possession of THC and THC products is punished more severely than marijuana possession. Texas places THC edibles like gummies in a different category from marijuana, making possessing THC edibles in Texas a felony.

Necessity is often the mother of invention, and THC manufacturers have gotten creative in recent years. By manufacturing chemically similar products to Delta-9 THC, like Delta-8, Delta-10, and CBD, they've managed to skirt Texas state law. Delta-8 is a cannabis compound that's become widely popular because it is similar to Delta-9 THC, the main compound in cannabis, or pot, that gets people high. It's extracted from cannabis or hemp and falls in a grey legal area. Unlike Delta-9 THC, which is illegal in Texas, Delta-8 THC isn't explicitly illegal in many states.

Delta-8 is an isomer of Delta-9 THC, and it produces similar, albeit milder, euphoric feelings that Delta-9 THC creates. The only chemical difference between the two compounds is the location of a double bond between two carbons. Some states have already made Delta-8 illegal, but Texas hasn't yet. However, that doesn't mean the law won't change as legislators catch up with THC manufacturers. Moreover, you should be wary of driving while using any substance that produces a high. If the police pull you over while impaired, you can face DWI charges while using drugs, whether they are legal or not. Even prescription medication can lead to a DWI charge in Texas if you are “intoxicated,” as defined by the law.

CBD is another product popping up in stores all over Texas. CBD is extracted from either hemp or cannabis and is often sold as gummies, oils, supplements, and extracts. In June 2019, Governor Greg Abbott signed a law making hemp legal in Texas as long as it contains 0.3% or less THC. The law, which went into effect in September 2019, excludes hemp from the definition of marijuana under Texas law. The new Texas law followed on the heels of a federal bill in 2014 that removed Hemp from Schedule 1 of the Controlled Substances Act (CSA) and then in 2018 removed it from the CSA entirely. However, if the CBD contains more than 0.3% THC, Texas law still classifies it as marijuana. If you purchase a mislabeled product, you could be guilty of possessing marijuana without even knowing it.

THC and Drug Possession in Texas

If you're stopped for a DWI, and the police search your car or you “incident to an arrest” and you have THC, marijuana, or CBD with more than 0.3 % THC in the car, you could face charges for drug possession. The penalties for drug possession can be steep depending on the amount in your possession, the classification of the drug, and whether it's marijuana or THC products.

In Texas, anyone who “knowingly or intentionally” possesses a penalty group substance without a valid prescription can face steep penalties for drug possession. The Texas Controlled Substances Act has six penalty groups for illegal drugs, with Group 1 as the most serious and Group 4 as the least.

Hire an Expert in Texas DWI and Drug Defense

Attorney Doug Murphy is an expert in both criminal defense law and Texas DWI defense. Doug is one of only two attorneys in Texas Board Certified in both DWI Defense and Criminal Defense Law, making him an expert in these specialties as judged by his fellow attorneys and judges in the community. Doug has the technical know-how and legal expertise to handle complex controlled substance DWI cases.

U.S. News and World Report also recently named Doug Murphy as a Best Lawyers in America for DWI defense in Houston for 2021. The attorneys with the Doug Murphy Law Firm have extensive experience as both prosecutors and defense attorneys, giving them the inside knowledge needed to guide your case to the best possible outcome. Contact them today online or at 713-229-8333 to schedule your consultation.