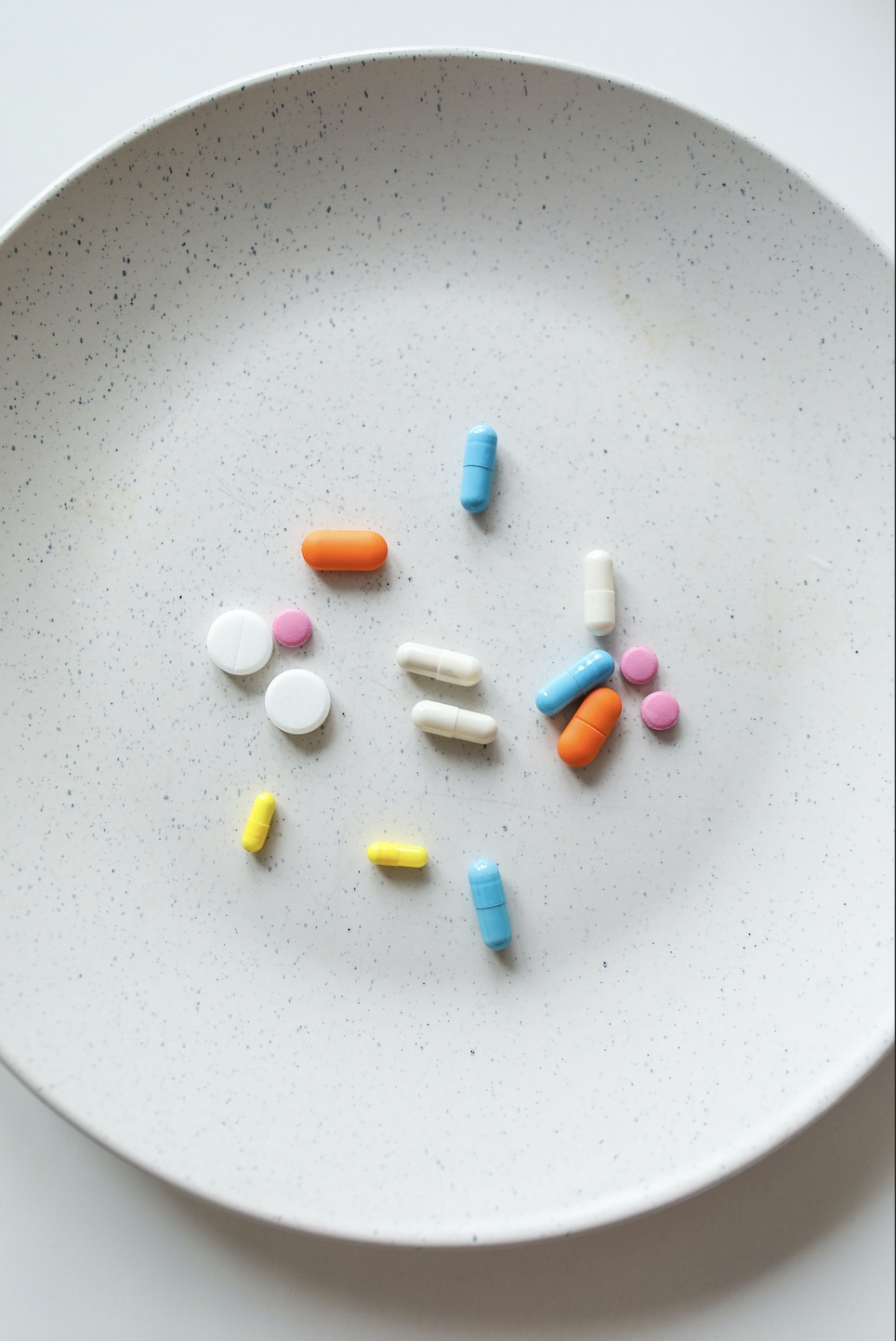 Many assume that a Texas DWI always involves alcohol intoxication. On the contrary, Texas DWI laws also criminalize controlled substance or drug DWI. You can face a first or second-offense misdemeanor DWI charge, or even a third or subsequent DWI offense felony charge, based on having drugs in your system when tested relating to a DWI arrest. You can also face felony intoxication assault, intoxication manslaughter, or DWI with a child passenger charges based on controlled substances showing up in your blood draw relating to a DWI arrest. Many different drugs in your system can form the basis for a felony or misdemeanor DWI charge, including prescription drugs, marijuana and cannabis derivatives, and hard drugs like cocaine. Retain DWI Specialist defense attorney Doug Murphy to defend your Texas DWI felony or misdemeanor charges based on drug test results. Get the skilled and experienced defense representation you need for your best possible outcome to drug DWI charges.

The drugs that law enforcement officials discover or claim to discover in your system from a DWI arrest and blood draw don't have to be illegal drugs for you to face Texas DWI charges. Prescription drugs or even sleeping pills will do if the police believe they have evidence of your intoxication. Texas law defines “intoxicated” to mean when a person does not have “the normal use of mental or physical faculties by reason of the introduction of alcohol, a controlled substance, a drug, a dangerous drug, a combination of two or more of those substances, or any other substance into the body.” But when police discover illegal drugs or drug paraphernalia in your vehicle relating to a DWI arrest, you may face additional criminal charges. And the nature and severity of those charges depend in large part on definitions within the federal Controlled Substances Act. The federal Controlled Substances Act classifies drugs into Schedules I, II, III, IV, and V. Schedule I drugs are the most addictive and least beneficial, and thus the most serious drugs relative to drug crimes a prosecutor may charge relating to a DWI arrest. See the discussion below of specific drugs according to their Schedules.

The Texas Controlled Substances Act largely tracks the federal Act, reclassifying the federal Schedules I through V into Texas state Penalty Groups PG1, PG1-A, PG2, PG2-A, PG3, and PG4. Each Texas state penalty group assigns different punishments depending on drug quantities and the type of action involved, whether manufacture or delivery or possession. Penalties can thus range from moderate to severe within each penalty group, as follows:

As many people know, Texas law authorizes alcohol-based DWI crime charges based on blood alcohol content levels. A blood alcohol level at or above 0.08% is generally the level at which prosecutors may charge the basic DWI offense, although commercial drivers operating commercial vehicles under a CDL face a lower .04% limit for DWI crimes. But drug-based DWI crime charges do not depend on specific drug levels. Instead, the arresting officer must make observations indicating that the driver does not have the required “normal use of mental or physical faculties” because of the drug's effects. Drug levels in the defendant's blood merely support the officer's observations. Drug levels in the defendant's blood do not on their own indicate intoxicated levels.

This discussion of controlled substances commonly involved in DWI arrests groups those drugs by their federal Controlled Substances Act schedules. But scheduled drugs frequently change, federal officials frequently add other substances to those schedules, and the schedules can reach equivalent substances and synthetics. The Controlled Substances Act's Section §811 authorizes the attorney general to add drugs to the schedules or remove drugs from the schedules based on their potential for and pattern of abuse, beneficial effect, public health risk, and addictive properties. The Drug Enforcement Administration (DEA) and Food and Drug Administration (FDA) assist in classifying drugs.

Texas DWI offense levels related to intoxication from a Schedule I drug are those stated above. Felony-level DWIs generally require serious bodily injury to or reckless death of a victim, a child passenger in the vehicle, or a third or subsequent offense. But if police discover evidence of the possession or trafficking of one of these drugs during or as a consequence of your DWI arrest, penalties can increase substantially. Federal penalty levels for Schedule I heroin or LSD drug trafficking can bring up to forty years of imprisonment and a $5 million fine. Trafficking in marijuana can bring federal penalties of up to five years imprisonment and a $250,000 fine, or for larger quantities, life imprisonment and a $10 million fine. Possession penalties for Schedule I drugs range up to three years and a $3,000 fine, depending on the specific drug and the offense number.

Texas DWI offense levels involving intoxication from Schedule IV drugs are stated above, with felony levels involving serious bodily injury, death, child passenger, or multiple offenses. But Schedule II drug possession or trafficking charges arising from a DWI arrest can increase offense levels and penalties. The federal Schedule IV penalty level is up to three years of imprisonment and a $10,000 fine. Possession penalties are up to three years and a $3,000 fine, like the other scheduled drugs.

The drug that prosecutors claim to have found in your blood test relating to your DWI arrest need not be a controlled substance for you to face drug-related DWI charges. From a strictly legal standpoint, you can face DWI charges based on an over-the-counter drug found in your system just as much as on a prescription or street drug found in your system. Police officers must only have evidence of your intoxication from the drug, meaning that you lack your normal use of mental or physical faculties because of the drug. As a practical matter, some prosecutors may be more willing to charge a drug-based DWI crime when the drug detected in your system is an illegal street drug. But prosecutors may also charge a DWI crime based on over-the-counter medications or commonly prescribed medications without addictive effects, like the following, when they impair your vehicle operation:

Because prosecutors may charge Texas drug-based DWI crimes without proving minimum levels of drugs in your system, police observations of your alleged impairment at the accident scene become critical evidence in your prosecution and defense. Police nationwide currently use a Drug Recognition Expert (DRE) protocol to gather, assess, and testify to drug intoxication evidence. Your defense or conviction may depend on the credibility of policy DRE testimony and your DWI Specialist's cross-examination of that testimony. The International Association of Chiefs of Police offers police officers a certification in the DRE protocol. Texas appoints a statewide coordinator for officers to obtain the International Association's DRE certification. The DRE protocol purports to include these standardized twelve steps:

Because of the critical importance of the DRE evidence in your drug-based DWI case, your retained DWI Specialist must have substantial skills and experience challenging the prosecutor's DRE evidence, if you are to have the best possible outcome for your drug-based DWI defense. The DRE protocol has the appearance of objectivity. Yet the DRE protocol is, in fact, a highly subjective overall test, depending on the DRE expert's unmeasurable or unmeasured impressions of things like elevated or depressed pulse, slurred or articulate speech, keen or poor balance, sharp or sloppy coordination, muscle tone or absence of tone, focused or unfocused eyesight, and other observations of demeanor. Each person differs in how they appear on those measures. Some people naturally look and speak unfocused, while others naturally do the opposite. Some people naturally look and act coordinated, while others naturally do the opposite. The so-called DRE expert's opinion is simply an opinion, one with which other so-called DRE experts may well disagree. Each part of the DRE protocol is open to multiple interpretations depending on the individual DRE expert's experience and assessment. Indeed, for that reason, some jurisdictions refuse to permit a testifying officer to draw conclusions in DRE protocol terms. Texas DWI Specialist defense attorney Doug Murphy knows how to cross-examine prosecution DRE experts to expose the subjectivity and unreliability of their opinions.

Premier Texas DWI Specialist defense attorney Doug Murphy is available in Texas for your defense of felony or other DWI charges relating to positive drug tests. Attorney Murphy has the preeminent reputation, substantial experience, and strong skills you need for your most-effective defense. Renowned for his DWI knowledge and skills, attorney Murphy regularly speaks on DWI defense issues to lawyers and judges nationwide. Attorney Murphy is also one of only two attorneys holding both Texas DWI Specialist and Texas Criminal Law Specialist certification, and is Best Lawyer's 2023 Lawyer of the Year for DWI Defense. You can trust attorney Murphy to pursue with skill and passion the best possible outcome to your controlled substance DWI charges. Call (713) 229-8333 or go online now.