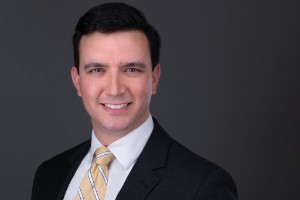 Being charged with a crime is a matter of life and liberty.  And in a criminal justice system that seems like a tangled web of laws, constitutional rights, and potential punishments, the complexity of what you're up against only multiplies your mental and emotional distress.  Good news, it doesn't have to.

Christopher M. McKinney is Board Certified in Criminal Law by the Texas Board of Legal Specialization.  Chris is a former felony Special Crimes Prosecutor in Houston, Harris County, Texas, the third largest county in America.  During his 5 1/2 year tenure as a special crimes prosecutor, Chris prosecuted the most serious criminal accusations.  Chris understands the seriousness of your situation.  His promise to you is this:  He will help you understand what you're up against, he will fight for you in your time of need, and he will obtain the best possible results.

Chris approaches every case with the relentless mentality that our clients always come first, that every problem has a solution, and that he will never be out-worked by the government's lawyers.

Chris has handled thousands of cases from DWI and drug possession to intoxication manslaughter and murder as well as most everything in between. Chris understands that being charged with any crime has the potential to affect your life in a big way.  That's why he is committed to providing you the most aggressive and honest criminal defense.

When your life is on the line, you deserve the best.

In 2017, Christopher M. McKinney was chosen as the only prosecutor in Harris and Montgomery Counties to receive the Mothers Against Drunk Driving (MADD) Prosecutor Service Award for his excellence in and out of the courtroom out of hundreds of other prosecutors.  Chris takes this same relentless worth ethic, experience and expertise as a prosecutor to criminal defense, to his client's advantage.

Chris was entrusted to train DWI and crash investigators as well as other prosecutors handling these serious cases because of his expertise and experience.

Chris also has extensive experience in all types of criminal cases, including but not limited to:

As a former serious felony crimes prosecutor, his experience protects your freedom and allows him to be one step ahead of the government in your defense.

Proven success in the courtroom

Sometimes cases cannot be resolved favorably, but that doesn't mean it's time to throw in the towel. Chris McKinney has successfully tried dozens of cases to juries and is not afraid of a fight.

Chris' success comes from being prepared for everything and surprised by nothing.

If you or someone you love is facing a criminal charge there isn't any time to waste.  An aggressive criminal defense is the most important protection for your life and your liberty.

Bachelor of Arts, Political Science, May 2009