Information & Resources Who Should Know if Charged with a Crime in Austin County, Texas 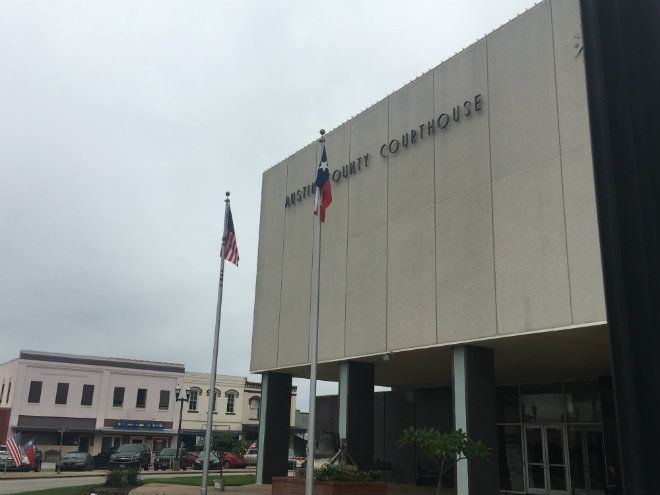 Have you been arrested for a DWI or a criminal offense in Bellville or Sealy in Austin County, Texas? You may think Austin County, Sealy, or Bellville, are too small for your DWI charge or other criminal offense to really matter, but it does matter. If you do not fight a criminal charge, you could face fines and jail time, among other penalties imposed by the court system. You may think you would rather just pay the fine and do the time, just to be done with it.

But what is often never considered at an arraignment when the defendant pleads guilty or during the process of retaining an attorney, are the other kinds of consequences associated with a criminal conviction.

Collateral Consequences that Endure Long After a Sentence is Completed in Sealy, Bellville, Austin County TX

If you plead guilty or are found guilty by a jury, you will be sentenced according to the law and the judge's whim. Your sentence could be mitigated for things like no prior criminal record or community support. But regardless the sentence, your conviction still stands, and that could be more detrimental to you and your future than any sentence could have imposed.

You may not know that:

These and other consequences are collateral to your criminal conviction. Though fines and jail time are scary enough, these consequences can prove to be life-altering. To avoid the implications of your conviction, you need to hire a criminal defense attorney who is committed to taking your case to trial if that is what it takes to have your charges dismissed or the case acquitted by a jury of your peers.

Doug Murphy is a veteran trial attorney; his aim is not to settle but to free you from all charges and respective penalties and consequences. He knows your career, your family, your education, your social status, among other things, are far too important to your quality of life to let a plea deal or guilty verdict preclude your path to a record free of convictions. Doug Murphy fights, and he has a history of legal representation that confirms his status as one of the best criminal defense attorneys and DWI attorneys in Texas.

Doug Murphy has spent the last several decades representing persons charged with DWI and other criminal offenses in Austin County. He has made it his practice to thoroughly investigate each case and challenge the State at trial. He makes each case personal because it is personal. If you need comprehensive, smart legal defense, then contact Doug Murphy. Approximately half of his practice is devoted to the defense of driving while intoxicated charges, and the other half to other misdemeanors (Class A and B) and felonies.

Arrests for DWI can occur anywhere within Austin County.  Most municipalities including Bellville and Sealy have their own police force. The Austin County Sheriff's Office also routinely patrols throughout the county with an eye for intoxicated drivers. Texas Department of Public Safety Troopers patrol the busy highways like Interstate 10 and State Highway 36.

Arrests are most common within the towns themselves, compared to the unincorporated parts of the county. Some of the areas that commonly lead to DWI arrests include Fowlkes Street in Sealy, Holland Street in Belleville, and Gresham Street in Wallis. Any street that offers any form of nightlife is also a likely candidate for roving police hoping to stop an intoxicated driver.

Like many counties in Texas, those arrested for DWI within the county typically end up in the Austin County Jail. However, the officers might first take the defendant to a nearby police station to obtain a blood alcohol concentration (BAC) sample prior to taking them to the county jail.

You have the right to defend yourself against allegations of driving while intoxication regardless of where you were arrested or which agency was responsible for bringing you in. A board-certified expert in DWI defense can help you get the most out of your defense in any circumstance.

While it is important to remember that the crime rate in Austin County is lower compared to the state and national average, drug arrests do occur on a fairly regular basis. In some cases, these arrests can involve major busts. While a drug arrest can occur anywhere in the county, the specific offense will often determine where an arrest is more likely to take place. For example, charges of drug possession are more likely to occur within larger towns, while many manufacturing and distribution arrests occur outside of city limits.

The rate of arrests might be lower, but the distribution of drug offenses in Austin County follows statewide patterns. In other words, drug possession is far and away from the most common drug-related offense within the county. While these charges often involve marijuana, arrests also frequently relate to the possession or use of hallucinogenic substances, methamphetamine, or cocaine. Charges of possession of drug paraphernalia are also common in these cases.  Many of these cases are from passing through Austin County on Interstate 10 after a traffic stop.

The vast majority of drug possession cases in the State of Texas are treated as felonies under the law. Any measurable amount of hard narcotics like cocaine, heroin, or unlawfully-obtained prescription drugs are charged as a felony. The potential for serious consequences only goes up as the volume of the drug increases.

The only illegal substance in Austin County that could lead to a misdemeanor possession charge is marijuana. Even then, anything above 4 ounces of marijuana is considered a felony. Unlike some other counties, Austin County has not suspended the prosecution of marijuana possession.

While less common, Austin County also sees its fair share of alleged drug distribution and manufacturing cases. This often results from marijuana grow operations, but could also involve any form of narcotic or unlawful use of prescription medication.

Austin County, Texas is mostly rural with a few cities, and Bellville established as the county seat. There is approximately 29,000 people living in the county with a diverse socio-economic and racial/ethnic make-up. Just over 82 percent have a high school degree while another 28 percent have a Bachelor's degree or higher. According to the 2016 U.S. Census, the median income is just above the State of Texas' median at $56,681 and $54,727 respectively. The proverty rate is slightly lower than the State's rate at 14.3 percent and 15.6 percent respectively.

Crime in Austin County does not mirror the trend of being slightly above the State of Texas in other statistics. In fact, crime in Austin County is rather low compared to the rest of the state. The highest rates of crime involve property crimes and larceny with violent crimes and aggravated assault ranking at a distance. To put it in perspective, in 2015, there were allegedly 294 reports of property crimes, 217 reports of larceny crimes, 72 reports of burglary, 46 reports of violent crimes, and 39 reports of aggravated assault crimes.

Not all allegations, however, resulted in convictions. In some cases, there were misunderstandings; in other cases, the reports were wrong. And in some cases, an experienced criminal defense attorney was able to successfully challenge the prosecutor's case.

If you have been charged with a crime in Austin County, it is in your best interest to fight it. Cities represented by Doug Murphy Law Firm include the following:

The criminal defense process can be a daunting experience. Many persons charged with a crime for the first time are unsure of what happens or what specific court hearings mean. And in a place like Austin County, Texas, where you have limited access to resources, the process can be even more intimidating. If you face a criminal charge or know someone who is facing one in Austin County, you can lookup information yourself. Below are resources to help you find information from the courts, the jail and prison system, or law enforcement agencies.

But remember, to navigate the criminal system successfully, an experienced, knowledgeable criminal defense attorney can benefit you in unexpected ways. From filing the right motions at the right time to helping ease your anxiety to protecting your future and upholding your constitutional rights. See the below resources, but contact Doug Murphy for further guidance.

Austin County is relatively small in terms of population. The court system reflects this size. There is only one Austin County Court at Law and one District Court.

All misdemeanor cases, generally Classes A and B, are filed with the County Clerk, Carrie Gregor. All city violations and most Class C misdemeanors are filed at the Justice of Peace or municipal courts, but the County Court at Law hears all appeals from the Justice Courts and municipal courts as well as appeals from administrative hearings -- if you were arrested for a DWI or DWI related charge and fought your driver's license suspension via an administrative hearing and appealed the verdict.

If you have been charged with a misdemeanor and want to look your case us, you can do so via Austin County's Case Record Search.

There is only one jail in Austin County, Texas: the Austin County Jail. There are no prisons. The jail is located at 417 North Chesley Street, Bellville, Texas 77418. You can contact the jail at 979-865-5321. The Jail Administrator is Captain Valdo Paredes and the Lieutenant is Rebecca Kmiec.

If you have been charged with a DWI or another crime and want to fight the charge because you care about your future, retain a DWI and criminal defense attorney committed to the same. In Austin County as elsewhere, police give false testimony, coerce witnesses, and handle evidence improperly. In Austin County as elsewhere, the prosecution may try to use evidence that should be suppressed. Not all criminal defense attorneys have the insight and skill to address these matters. Doug Murphy, however, has the insight and skills developed from extensive experience and personal motivation.