Arrested for Street Racing in Texas 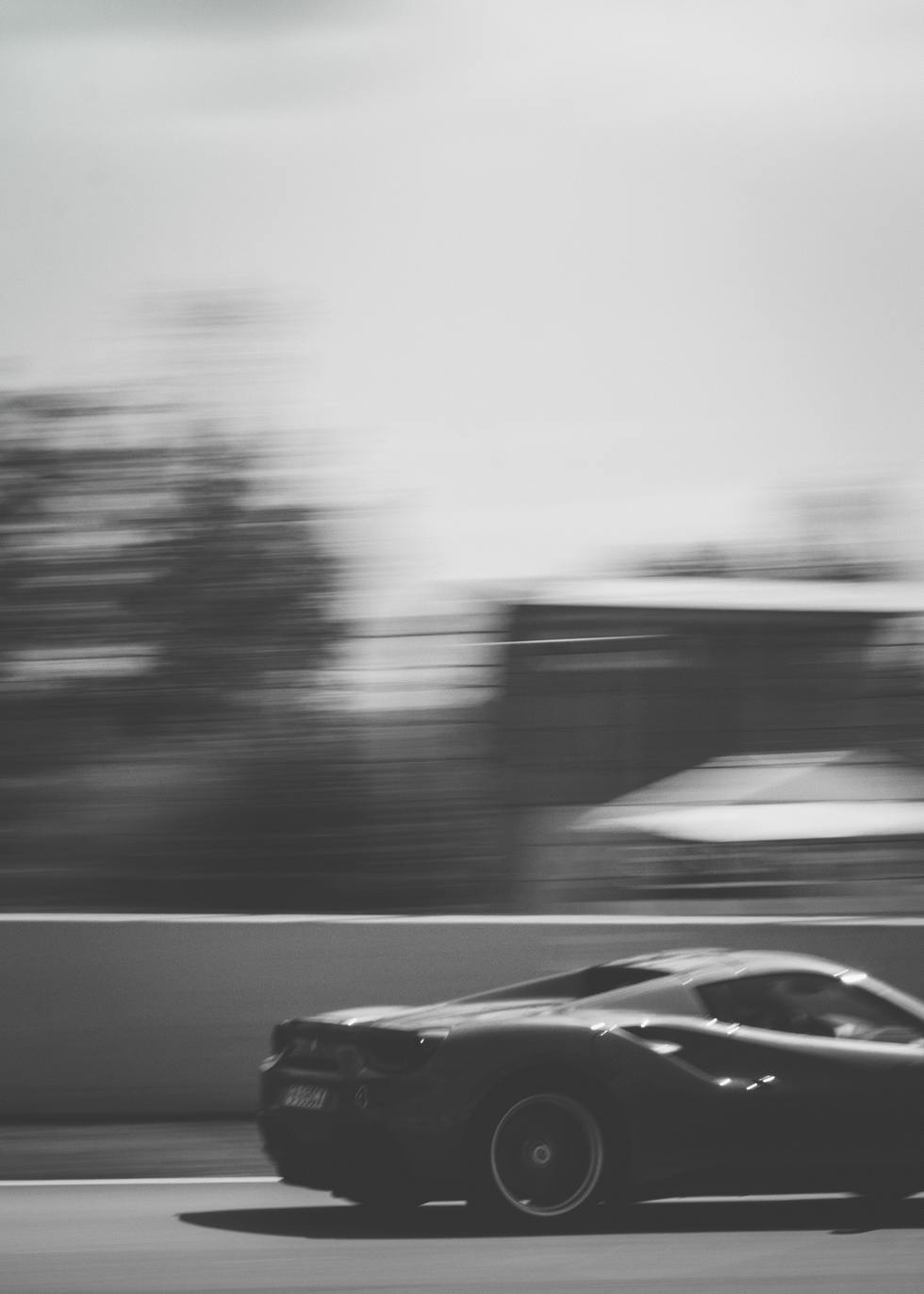 Many of us know that iconic Thunder Road scene from Grease – Rizzo waving the scarf and Danny and Leo tearing off in souped-up cars, racing to win a pink slip in a drag race. Or we watched street racing in American Graffiti and the Fast and the Furious while gripping the edge of our seats. It looks so glamorous and exciting in the movies. In reality, drag racing or street racing is dangerous, and it can also put innocent people on the roads at risk. Houston-area law enforcement officers take street racing seriously, and with good reason, to keep all of us safe on the roads from reckless drivers.

If the police arrest you for real-life “street racing” in Texas, it can be a serious matter, particularly if the police also allege that you were driving while intoxicated or driving with an open container of alcohol. You could also face charges of organized criminal activity or street racing with bodily injury if an accident took place as well. However, someone in the wrong place at the wrong time can also face unnecessarily aggravated charges for street racing under Texas law.

What is Street Racing Under Texas Law?

(a) A person may not participate in any manner in:

(2) a vehicle speed competition or contest;

(3) a drag race or acceleration contest;

(4) a test of physical endurance of the operator of a vehicle; or

Texas law goes on to define “drag race” as operating:

(A) two or more vehicles from a point side by side at accelerating speeds in a competitive attempt to outdistance each other; or

(B) one or more vehicles over a common selected course, from the same place to the same place, for the purpose of comparing the relative speeds or power of acceleration of the vehicle or vehicles in a specified distance or time.

Texas law expands the definition even further by including a broad definition of “race.” A “race” means using two or more vehicles to try to:

(B) arrive at a given destination ahead of another vehicle or vehicles; or

(C) test the physical stamina or endurance of an operator over a long-distance driving route.

Texas Penal Code § 545.20 (2009). As you can see, the definition of race is so far-reaching in Texas that if the police believe you and another car are trying to keep a third car from passing, they can charge you with street racing. Even if you happen to be a driver in the wrong place at the wrong time, you could face criminal charges.

Street racing with bodily injury happens when the individual violates the street racing statute, and any injury happens due to street racing. Even a minor injury raises the crime to a third-degree misdemeanor, with Texas law stating the crime “is a felony of the third degree if it is shown on the trial of the offense that as a result of the offense, an individual suffered bodily injury.” Texas Penal Code § 545.20(g) (2009).

What is DWI Under Texas Law?

Sometimes a stop by the police for street or drag racing will lead to a DWI charge. In Texas, a DWI can encompass one of several charges, with the penalties varying based on prior convictions, the circumstances of the arrest, and whether an accident also occurred. If the police believe you are intoxicated while street racing or have an open container of alcohol in the car, it can increase a first street racing charge to a Class A misdemeanor.

In Texas, a DWI doesn't necessarily have to involve blood alcohol content over the legal limit. Rather, the law defines driving while intoxicated as driving in a public place:

So, while police may often rely on BAC testing to show that you are driving while intoxicated, they can also rely on your behavior, coordination, speech, and more to show that you no longer had the normal use of your physical or mental faculties regardless of your BAC. If the police allege that your street racing charge involves intoxication or driving with an open container of alcohol, you could face enhanced penalties or even a felony charge.

Intoxication manslaughter occurs when a DWI results in someone's death. As with intoxication assault, all the elements of a DWI must be present. You must be:

However, if because of your impairment, you cause an accident that results in a fatality. As with intoxication assault, intoxication manslaughter doesn't require intent, but there must be a causal link between your intoxicated driving and the cause of the fatality.

Intoxication manslaughter is a second-degree felony, but you will also face the underlying DWI charge, as well as a charge for street racing with bodily injury or death.

What are the Penalties for Street Racing and DWI?

Under Texas law, the penalties for street racing can range from a Class B misdemeanor up to a serious felony, depending on the circumstance of your stop and the arrest. A first offense is a Class B misdemeanor, carrying penalties of up to 180 days in jail and up to $2,000 in fines. Penalties increase for subsequent offenses or aggravated conditions related to the arrest.

For street racing involving injury or death, penalties are severe. Even a minor injury related to a street race can result in a third-degree felony charge. Penalties are two to ten years in prison and up to a $10,000 fine. If someone is seriously injured or dies, the crime becomes a second-degree felony, punishable by two to twenty years in prison and a $10,000 fine.

Under Texas law, the police will also confiscate the vehicle as evidence if the street racing involved death, bodily injury, or property damage. See id. at § 545.420(i).

It's important to remember that you can defend street racing and organize criminal activity charges. Just because three or more people were present and driving doesn't mean that you conspired or were street racing. Sometimes well-intentioned police officers can misinterpret innocent activities or make assumptions about people who just happened to be in the wrong place at the wrong time. The prosecution must prove each element of the crime. If you weren't speeding, accelerating, racing, or trying to keep another vehicle from passing, a skilled Texas criminal defense attorney may be able to show that the state can't prove each element of the crime against you. Moreover, proving a conspiracy among three or more people to commit an organized crime is a high bar. Don't assume that the court will find you guilty simply because the police or prosecution allege a conspiracy.

Whether you're facing a street racing charge or an aggravated street racing charge with a DWI or serious bodily injury or death, it's important to understand the seriousness of the charge. However, an arrest and criminal charges don't mean that you are guilty. An expert in criminal defense law and DWI defense can help guide you through the criminal justice system and develop the best strategy for your defense.

Hire an Expert in Criminal and DWI Defense

A street racing, organized criminal activity, or street racing with bodily injury charge isn't something you should face on your own. A criminal charge isn't an inevitable conviction, and you shouldn't take a plea without advice from an expert in Texas criminal and DWI defense. You need a skilled criminal defense attorney by your side. Attorney Doug Murphy is one of Texas's best driving defense attorneys. He is an expert in both criminal defense law and DWI defense. Doug is one of only two attorneys in Texas who holds Board Certifications in both DWI Defense and Criminal Defense Law.

Doug is a seasoned litigator, well versed in trial advocacy, negotiation, and the finer technical and legal aspects of criminal defense and DWI defense law in Texas. Whether it's best to take your case to trial or negotiate more reasonable charges or penalties with the prosecution, Doug has the experience and gravitas to get the best possible outcome for your charge. Moreover, U.S. News and World Report recently named him a DWI defense Best Lawyers in America in Houston for 2021.

Doug Murphy has guided many Texas drivers through charges of racing on a highway in Houston. Doug has also helped hundreds of drivers through DWI and criminal charges, and he can help you as well. Find out why the Houston media calls Doug “the drinking driver's best friend.” Give the Doug Murphy Law Firm a call at 713-229-8333 or contact them online to schedule your consultation today.