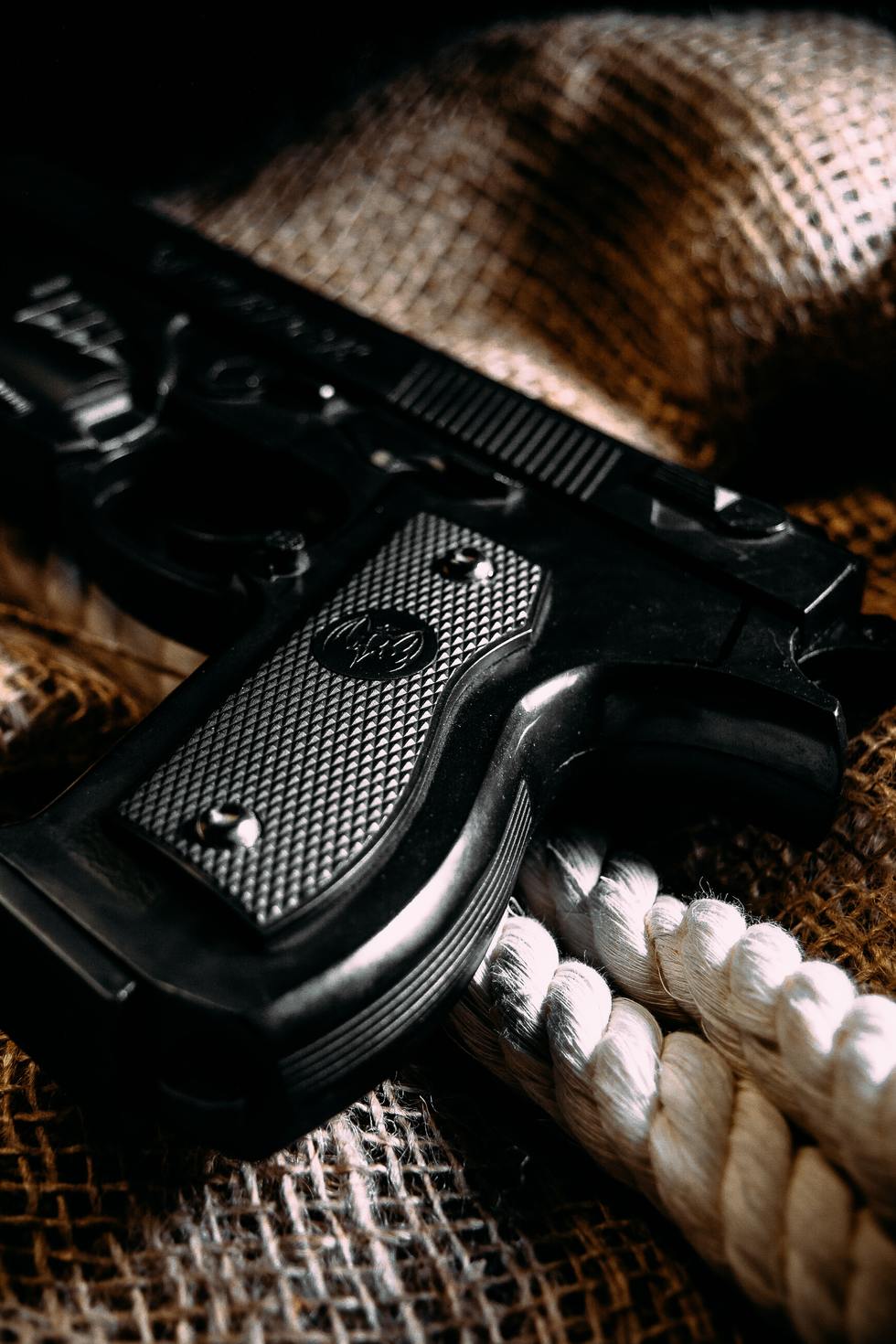 Everyone has heard of the new Texas laws significantly expanding the right to own and carry handguns. Some public reports have made the laws sound as if the laws have turned Texas into some sort of Wild West. While the new laws clearly enshrined into law new handgun freedoms, they appear to have only limited, if any, effect on DWI arrests. Don't assume that with the new laws' passage, you can now carry your handgun around visible and out of its holster within your vehicle, whether licensed to carry or unlicensed, and whether you are intoxicated or not. Despite the new laws, not much has changed around handgun charges and crimes at a DWI traffic stop. Keep your handgun holstered and out of sight within your vehicle. And don't carry a handgun or drive while intoxicated. Follow the latter rule--no handguns or driving while intoxicated--and you should avoid the double whammy of handgun and DWI charges.

You might not think that DWI arrests often lead to handgun charges, but they do. See this example and this example. And given a little thought, the reasons are obvious. Police making a traffic stop receive training to get a good look into the driver's vehicle. For their own safety, officers approaching the stopped vehicle will take great pains to get a good look into the vehicle. They will especially look for handguns or other arms or weapons within the driver's reach or a passenger's reach. The sight of a weapon may lead the officer to draw their own service revolver, stand back, and order the driver and passengers out of the vehicle with their hands up. The officer's safety and the safety of passersby is primary in any traffic stop. Officers making a suspected DWI stop on reasonable suspicion will also be looking for open intoxicants or drugs and drug paraphernalia within the vehicle, but weapons are a first and primary concern. And that's why you see plenty of handgun charges around DWI arrests. The two crimes, DWI and handgun violations, can go hand in hand, especially in Texas.

Texas handgun laws have changed recently, and changed a lot. With a couple of dozen new handgun laws having taken effect September 1, 2021, Texas has joined a handful of other states as a Second Amendment sanctuary. House Bill 1927 contained the key permitless carry, also called constitutional carry, provision. Many Texans may now carry holstered handguns in public without a license and without the background check and training that licenses require. Texas law continues to prohibit felons, those convicted of domestic violence, and certain others from possessing firearms. House Bill 2112 and Senate Bill 550 also eliminate the requirement that owners carry handguns in a shoulder or belt holster, as long as the owner carries the gun in some kind of holster. And House Bill 2622 keeps Texas agencies and local governments from applying new federal gun rules. Texas preserved its firearms licensing laws so that armed Texans traveling to other states requiring a firearms license may lawfully do so. But for many Texans, permitless carry is now the law.

The Crime of Visible Handguns in Vehicles

What, though, will be the new laws' effect on DWI arrests where the allegedly intoxicated driver had a handgun visible within the vehicle? On its face, Texas's new permitless carry law addresses holstered handguns carried on the person. Under the new laws, many Texas handgun owners may carry the holstered handgun on theirperson, without the old unlawful carrying offense. But what about in a vehicle? Up until the new handgun laws took effect, Texas Penal Code §46.035 had effectively prohibited displaying a handgun unless “carried in a shoulder or belt holster by the license holder.” The public display of an unholstered handgun in violation of Texas Penal Code §46.035 was a Class A misdemeanor. Carting a visible handgun around within one's vehicle would ordinarily violate that law. Indeed, Texas Penal Code §46.02(a-1) had specifically prohibited “intentionally, knowingly, or recklessly carry[ing] on or about his or her person a handgun in a motor vehicle or watercraft … at any time in which ... the handgun is in plain view, unless the person is licensed to carry a handgun... and the handgun is carried in a shoulder or belt holster….” The former laws generally made it a crime to drive around with a visible handgun displayed within the vehicle.

New Law on Handguns in a Vehicle

In enacting the new handgun laws, though, the Texas legislature gave some thought to what should happen with handguns visible within a motor vehicle. House Bill 1407 modified Texas Penal Code §46.035 to allow gun license holders to carry holstered handguns anywhere in a motor vehicle, rather than only in a shoulder or belt holster. Before this change, Texas Penal Code §46.035(a) had prohibited license holders from intentionally displaying a handgun in view of another in a public place. That crime was a Class A misdemeanor. After the new handgun laws, carrying a visible but holstered handgun around within one's vehicle appears to be legal. Unlike the other new handgun laws effective September 1, 2021, House Bill 1407 takes effect only on January 1, 2022. But after that date, if the visible handgun and its licensed owner are in a vehicle, the handgun's visibility on a DWI traffic stop and arrest no longer violates Texas Penal Code §46.035(a).

A Limit to the New Handgun Laws

What the new handgun laws do not appear to do is to clearly legalize the permitless carry of a holstered handgun visible within a vehicle. Recall that Texas Penal Code §46.02(a-1) prohibits “intentionally, knowingly, or recklessly carry[ing] on or about his or her person a handgun in a motor vehicle or watercraft … at any time in which ... the handgun is in plain view, unless the person is licensed to carry a handgun... and the handgun is carried in a shoulder or belt holster….” We've just seen that House Bill 1407 modified Texas Penal Code §46.035 to allow gun license holders to carry holstered handguns anywhere in a motor vehicle, rather than only in a shoulder or belt holster. But House Bill 1407 addressed only gun license holders. Neither House Bill 1407 nor any of the other couple dozen new handgun laws modified Texas Penal Code §46.02(a-1)'s prohibition of visible handguns within the vehicle unless licensed to carry the handgun. Enforcement testing the new provisions will tell. But for now, prosecutors have an argument for charging a DWI defendant with a handgun violation unless the DWI defendant had a license for the handgun. Despite the new permitless carry law, only licensed handgun owners appear to have the liberty to carry a visible, holstered handgun within a vehicle. No handgun license, then no carrying a visible handgun within the vehicle.

Another Limit to the New Handgun Laws

You now have a sense of the Texas laws on visible handguns within a vehicle. Now consider Texas laws on handguns possessed by intoxicated persons. The new handgun laws' application to allegedly intoxicated drivers whom police stop for a DWI arrest is, in a way, a separate issue. Texas law has long made it a crime to carry a handgun while intoxicated. Texas Penal Code §46.035(a-3)(d) provides, “A license holder commits an offense if, while intoxicated, the license holder carries a handgun … regardless of whether the handgun is concealed or carried in a shoulder or belt holster.” Violating that provision is a Texas Class A misdemeanor. The new handgun laws have not changed that longstanding crime. Thus, if the person arrested for a DWI is carrying a handgun in the vehicle while intoxicated, then prosecutors have an argument for charging the DWI defendant with the handgun crime. Now, carrying may mean on the person, not visible somewhere out of reach within the vehicle. But carrying while intoxicated remains a crime, despite the new handgun laws.

The Bottom Line: DWI Arrest with a Handgun in the Vehicle

Enforcement patterns and case results will tell more about how to interpret the new handgun laws in the context of DWI arrest with a visible, holstered handgun in the vehicle. The laws are complex enough to allow for arguments as to how in any one case they may apply. Yet the above new laws and old laws show that one key factor is whether the DWI defendant carried the handgun. Carrying the handgun while intoxicated is going to be a handgun crime, even under the new handgun laws. The other key factor is whether the DWI defendant had a license for the handgun. Carrying a visible weapon in a vehicle appears to remain a crime for the unlicensed handgun owner. The upshot of these new and old handgun laws appears to be as follows:

The Consequences of Handgun and DWI Charges

Handgun charges and DWI charges can each have serious consequences. Handgun charges can affect a security clearance, child custody or parenting time arrangement, family court restraining order, law enforcement employment, or professional license, among many other valuable rights and privileges. DWI charges can affect child custody, commercial driver’s license, public transportation job, or professional license, among many other valuable rights and privileges. Together, handgun and DWI charges can jeopardize a family, job, or career. Don't overlook the many daunting collateral consequences of DWI charges. You can lose everything that matters to you if you don't handle these criminal charges responsibly with your best available defense. Take criminal charges as seriously as they warrant. Treat them as they deserve. Don't regret having given DWI and handgun charges insufficient time, resources, and attention. Deal swiftly, surely, and forthrightly with DWI and handgun charges by retaining the best available defense attorney.