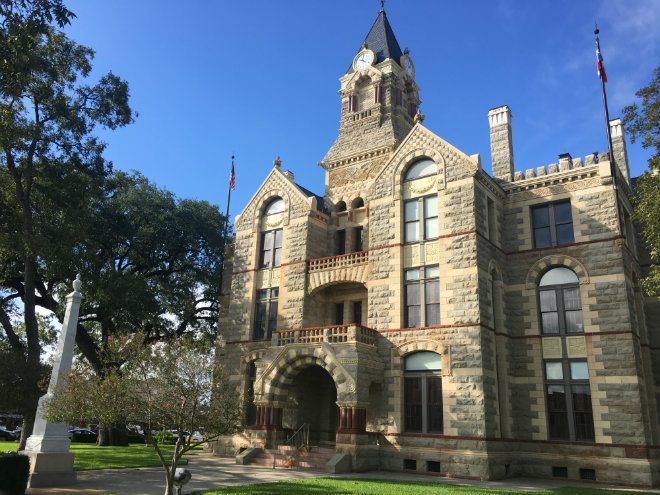 An arrest in Fayette County, Texas, can leave you worried about your future. You may think the odds are against you. But do not give up. With the right criminal defense attorney handling your case, you can fight the charge.

At Doug Murphy Law Firm, P.C., we represent clients throughout Fayette County and help them get their lives back. We provide smart, aggressive criminal defense. But don't delay, contact our office immediately for a free initial consultation.

Charged with a Crime in Fayette County? Benefits of Early Representation

Have you been charged with a crime in Fayette County, Texas? If so, your options for representation are limited. You may be tempted to hold off finding a qualified attorney to represent your case because you simply do not want to deal with it. It is work to find the right attorney. It can also be overwhelming.

Just imagine: google “criminal defense lawyer” and pages after pages of search engine results spew out one attorney after another. You can't pick any attorney blindly because the first on the page may be there only because he/she must spend a lot of money on advertising while the last one on the page may not have the qualifications necessary to represent you.

The stakes are too high in criminal cases. You need to find a seasoned and skilled criminal defense lawyer as soon as possible. The benefits could include:

Early representation also allows you to build a relationship with the attorney. You will discuss confidential matters, so you need to be able to trust your attorney completely. Rushing into it limits what you are able to do -- and what your attorney is able to do.

What Should You Look For in a Criminal Defense Lawyer?

When you conduct your search to find the right attorney for you, there are three specific qualifications you may want to consider: (1) Board Certification; (2) trial experience; and (3) client testimony.

Doug Murphy, you get what you would expect in an attorney:

In addition, Doug Murphy has also been recognized and voted by other lawyers as a Texas Super Lawyer and one of the Best Lawyers in America just to name a few accolades for his skill and is often invited to speak before other attorneys to provide insight and new skills those attorneys can use in their own practices. Both his clients and the legal community recognize his capabilities.

Doug Murphy Law Firm, P.C. represents criminal cases that involve DWI as well as other criminal activity. Below is a summary of his services.

Driving while intoxicated (DWI) is illegal in Texas. You can be arrested if you are suspected of illegally driving under the influence of alcohol or drugs. In Texas, the legal limit for blood alcohol content is 0.08 percent for all drivers with the exception of commercial drivers and minors. Commercial drivers can be arrested if their BAC is at or above 0.04%. But for minors, any amount of alcohol can get your arrested -- Texas has a zero-tolerance policy.

Many drivers think that because there is a breath or blood test indicating they were over the legal limit that they will be convicted regardless of what they do. So, they plead guilty or do not try to fight it.

But you can fight a DWI charge or a DWI-related charge.

An experienced Fayette County DWI lawyer will be able to (1) identify if any constitutional rights have been violated; or (2) understand the procedural, technical and scientific nature of breath and blood test results and identify any inaccuracies or mistakes made in the handling or administration of the tests.

Part of Doug Murphy's strategy is to review the evidence thoroughly to identify any of the following:

It is almost always in your best interests to plead not guilty to a criminal charge. Pleading guilty effectively ends all chances of defending yourself. By pleading not guilty, you have an automatic right to a trial. This gives your attorney the time to build your case. At Doug Murphy Law Firm, P.C., we believe everyone is innocent until provide guilty beyond a reasonable doubt, and at trial, we hold the judge and jury accountable for the same.

Collateral Consequences: What They Are & Why They Are Important

A conviction carries with it a sentence, and that could entail jail and/or fines. What many do not consider are the collateral consequences that follow a conviction. A conviction means a criminal record. Whenever anyone conducts a background check on you, that criminal record will appear.

The following are situations when a criminal record could affect your life:

The only way to prevent collateral consequences is fighting for your freedom against a conviction. Doug Murphy is committed to the same.

Building a Defense at the Doug Murphy Law Firm, P.C.

Doug Murphy will approach your case from all angles. Defenses include denial -- you did not commit the crime. Other defenses include affirmative defenses where you admit guilt but have a justifiable reason for it. These include:

A good defense also includes using motions properly to have evidence suppressed. As you know, your case will be different from any other case, and the defense strategy will be based specifically on the unique facts and circumstances of your case.

The Fayette County Court System is like most other Texas county court systems. There are municipal courts and Justice of the Peace courts that oversee simple traffic violations or city ordinance violations. Each county has one County Court at Law, but some counties have more depending on needs -- Fayette County only has one, and its jurisdiction covers Class A and Class B misdemeanors. All counties also have at least one District Court assigned to it. District courts oversee felony matters. Fayette County has only one District Court that it shares with another county.

Judge Janecka was first elected in 2010, winning the election unopposed. In 2014, he ran again as the Republican candidate, defeating Cecil R. Webster in the general election held on November 4, 2014. His term ends at the end of 2018, and he will not be seeking re-election.

The current judge, Judge Jeff Steinhauser, is a member of the Republican party. He won in the general election in November 2010 against Alan Folger. In November 2014, he won the general election unopposed. Before he became a judge, he was a city attorney for the cities of Moulton and Waelder, Texas, before becoming a private attorney. He graduated with his law degree from the University of Houston Law Center in 1990.

If you are placed on probation or parole, your program will be supervised by the Fayette County Community Supervision and Corrections Department, otherwise known as the Adult Probation.

In Fayette County, there is one jail, and that is the county jail. If your sentencing involved a felony, you will likely be sent out of the counter to serve your time. You can look up an offender at a Texas Department of Criminal Justice (TDCJ) facility by using their online offender search tool.

If you have been arrested by an officer from the Department of Public Safety (DPS), the Sheriff's office, or a local police department, then you were probably booked into the Fayette County Jail.

There are a number of law enforcement agencies throughout Fayette County, but three that you are most likely to encounter is Patrol, the Sheriff, or local police officers.

As a division of DPS, officers patrol the highways and address traffic violations as well as other criminal activity that occur on those highways.

The Fayette County Sheriff's Office is trusted with overseeing and investigating criminal activity throughout Fayette County that is not served by the local police.

The local police supervise all crimes that occur locally. In Fayette County, there are less than a handful of police departments because the population is so scarce in the county.

Doug Murphy's philosophy that grounds his practice is simple: you are innocent unless the State can provide proof beyond a reasonable doubt. Whether you are truly innocent or made a mistake, Doug Murphy will develop a defense that works in your favor to optimize chances of a positive outcome. At Doug Murphy Law Firm, P.C., we believe everyone deserves a strong defense, and as your constitutional right, we commit to that defense.